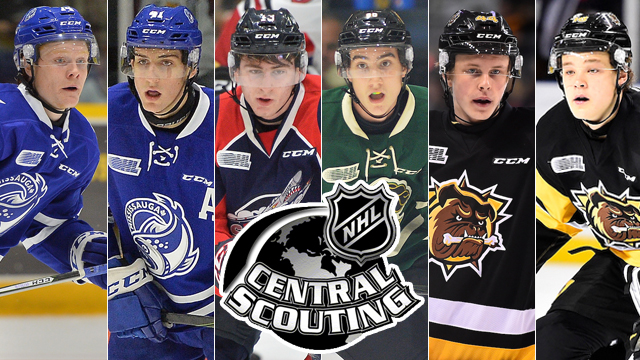 77 players from the Ontario Hockey League were listed among NHL Central Scouting’s November ‘Players to Watch’ list for the 2017 NHL Draft which takes place June 23-24 in Chicago, Ill.

The 77 players represents 46 percent of CHL players included in the rankings as 58 players from the Western Hockey League and 33 from the Quebec Major Junior Hockey League are also included.

The Sault Ste. Marie Greyhounds lead the CHL with eight players included on the rankings while the Owen Sound trail close behind with six and the Guelph Storm, Hamilton Bulldogs, Oshawa Generals, Ottawa 67’s and Peterborough Petes come in with five each.

48 OHL players were selected in the 2016 NHL Draft including nine players chosen in the first round.