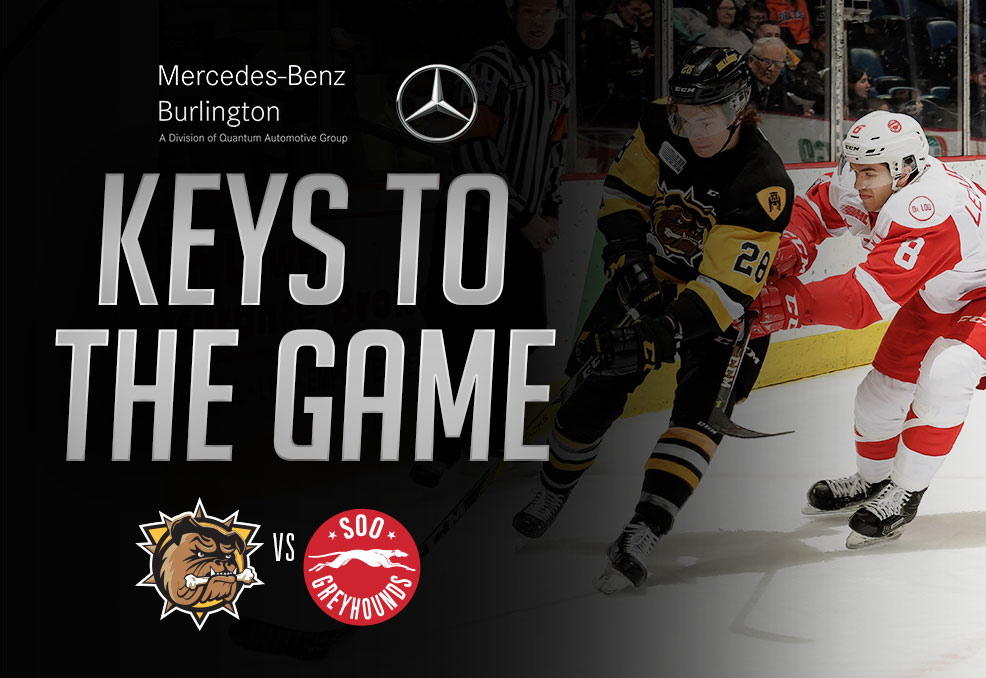 The Bulldogs closed out their Conference finals series against the Frontenacs on April 26th, getting a full 6 days of rest before the start of the OHL championship. The team should use this rest to their advantage and come out of the gate hard, especially considering that they open the series on the road.

The Soo finished their Conference finals on Monday in a thrilling double overtime win over the Rangers in Game 7, their second straight seven game series.

The Bulldogs are undefeated so far this year in the opening game of their playoff series. Hamilton defeated: Ottawa 6-3 in Game 1 of Round 1, Niagara 5-4 in overtime in Game 1 of Round 2, and Kingston in a 6-2 thrashing in Game 1 Round 3. The difference for the Bulldogs this time around will be that they won’t have their hometown cheering them on, as the series opener is at the Essar Centre in the Soo.

The Troy, Michigan native has been very reliable for the Bulldogs in these playoffs. Moore is currently 2nd on the Bulldogs in playoff points with 22 behind Robert Thomas who has 25. Despite not recording a point in Game 5 of the Conference Final. Moore was robbed on a breakaway opportunity, and he set up Caamano with a great scoring chance that was also denied. He finished the game with a team high 5 shots on goal.

The overtime hero in Game 7 against Kitchener has been solid for the Greyhounds as of late. He has 7 points in his last 3 games including a clutch goal, and an assist performance in Game 7. Kopacka has recorded a career high in playoff points this year with 15, good for 6th on the Greyhounds.

Kaden Fulcher has been a wall for the Bulldogs over his last 7 starts. The Red Wings prospect has stopped 170 shots over that span, to go along with a .924 SV% and a 2.00 GAA. Overall, Fulcher continues to lead the playoffs with a 2.35 GAA.

After getting off to a blazing hot start to the last series, Matthew Villalta hit a little bit of a wall in the latter half of the series. Through the first 3 games against Kitchener, Villalta put up a fiery .937 SV% to go along with a 2.02 GAA. However, in the last 4 games Villalta came back to earth posting a .872 SV% and a 3.60 GAA.

Arguably one of the biggest strengths of the Bulldogs in these playoffs has been their depth. as any line can step up and score a big goal. Through 15 playoff games this year, Hamilton has 8 forwards with 10 or more playoff points, lead by Robert Thomas who has 25.

The Greyhounds also boast a solid forward core. Through 18 playoff games, the Soo has 7 forwards with 10 or more points, lead by Tampa Bay Lightning prospect Boris Katchouk with 28.