5 KEYS TO GAME 2 OF THE MASTERCARD MEMORIAL CUP: BULLDOGS vs BRONCOS 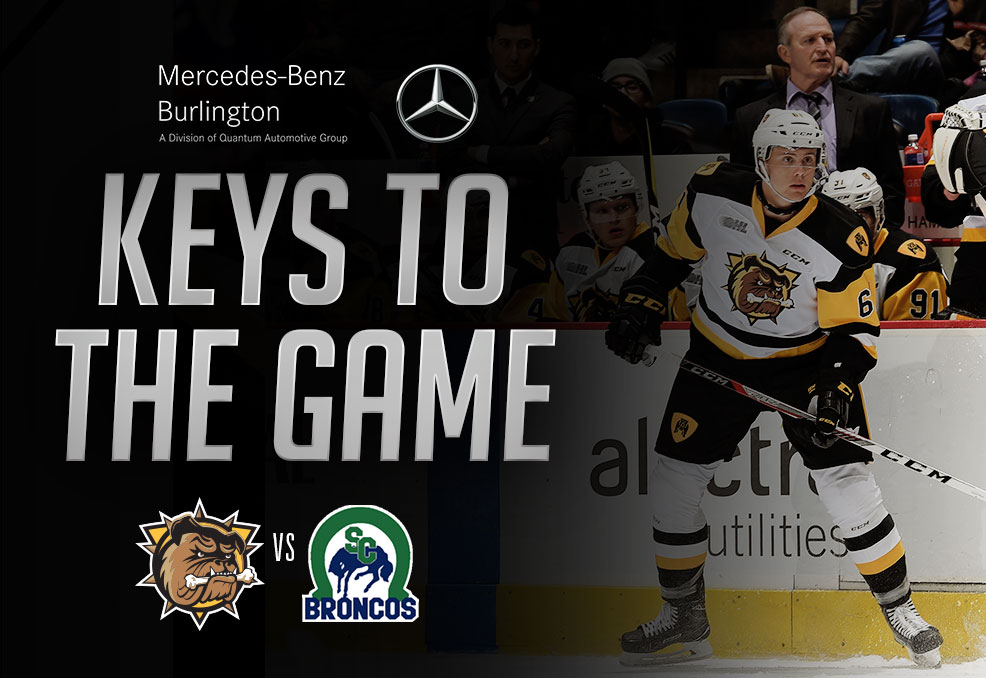 Although the Bulldogs came out on the wrong side of a 3-2 score to the host Regina Pats in Game 1 of the Mastercard Memorial Cup, there is no reason to panic. While wins are important early in a short tournament, it’s not unheard of for teams to get hot after dropping their first game. If Hamilton wins their next 2 games, they are guaranteed at least a spot in the semi-finals.

The Broncos dropped their opening game as well, falling 4-3 in overtime to the champs from the QMJHL, the Acadie-Bathurst Titan. The Broncos were up 3-2 going in to the 3rd period, but the Titan’s scored their second shorthanded goal of the game early in the 3rd period to tie it up. In overtime the Titan found the back of the net just 2:58 in off of a scramble play in front. Stuart Skinner made 35 stops in the losing effort.

The OHL’s playoff MVP scored in the Bulldogs’ opening game to stretch his point streak to 4 games, giving him 6 points over that span. Thomas has been a heavy offensive force for the Bulldogs all playoffs leading the team in assists and points with 20 and 32 respectively.

The Edmonton Alberta native has provided a steady offensive boost for the Broncos, putting up 7 points in his last 6 games including 2 assists in Swift Current’s opening Memorial Cup game. Sissons leads all Broncos defensemen in playoff goals, assists, and points, registering 5, 18 and 23 in those categories.

The Bulldogs found themselves shorthanded against the Pats four times and on the power play only twice in Game 1. This differential in the man advantage opportunities resulted in the Bulldogs giving up a goal when they were down a man, and unable to score one when they were up a man.

Of the Broncos’ 10 losses in these playoffs, they gave up a power play goal in 9 of them, meaning that the Bulldogs need to find a way to break their power play drought against Swift Current.

Swift Current’s back-stopper Stuart Skinner had a fantastic playoff run posting a .932 save percentage and a 2.20 goals against average in his 26 starts. If the Bulldogs are going to score on Skinner, they’re going to need to attack him early with shots and a lot of traffic in front of the net. In games when the other team scored first, the Broncos are a measly 4-8 in the playoffs.