5 KEYS TO THE MEMORIAL CUP SEMI-FINALS: BULLDOGS VS PATS 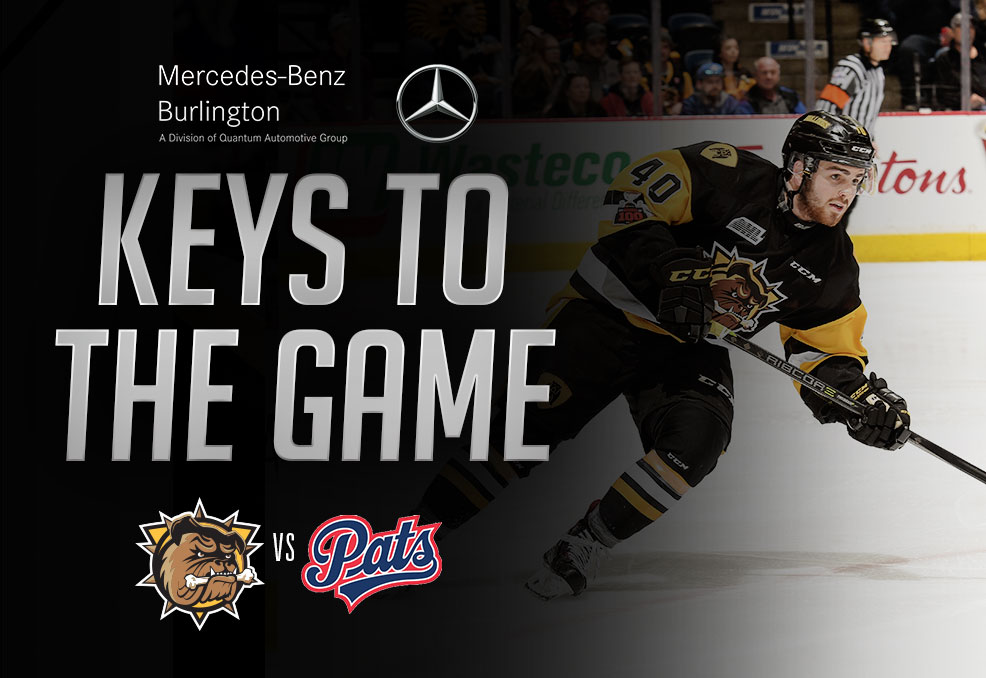 Although the Bulldogs led for 14 minutes and 27 seconds in Game 1, a 33 second lead is all the Pats needed to take Game 1 by a score of 3-2. Robert Thomas was the 3rd star of the game for his strong performance in the tournament opener. He tipped home the Bulldogs’ opening goal and had 5 shots on goal.

Josh Mahura had a huge game for the Pats, as he had an assist on Sam Steel’s opening goal and he ripped one in off the rush to tie the game at 2 in the 2nd period. He was named the 1st star of the game.

A couple of players and even Coach John Gruden have said that the jitters from being on the big stage may have impacted the way they played in Game 1. The jitters are clearly out of the way now as the Bulldogs have been getting back on track, winning Games 2 and 3

Henry has had a monster tournament for the Pats recording multiple points in each of Regina’s 3 games including a hat trick in their 6-4 win over Swift Current. The Colorado Avalanche prospect currently leads the Pats in Memorial Cup goals with 5. Henry scored the game-winning goal with just seconds left in the game against the Bulldogs in Game 1.

After going four games in a row (including the last three of the OHL Final) without a power-play goal, the Bulldogs have rebounded nicely over the last two games at the Memorial Cup, going 3-for-9 with the man advantage.

On the other end, the Pats boast the top ranked power play in the tournament at 41.7%.

Each team had multiple power play goals in their last game. The Bulldogs went 2-for-6 against the Titan and Regina went 3-for-5 with the man advantage against the Broncos.

Brandon Saigeon, who is normally a power play goal scoring machine, has 2 assists on the power-play in the tournament. He is tied for the team lead in power-play points along with Ben Gleason at 2 points.

The biggest stage of the season so far for both teams is set: The winner plays in the Memorial Cup Championship game on Sunday, while the season comes to an end for the other. The Bulldogs never faced an elimination game in the OHL playoffs and are 4-0 in games in which they’ve had a chance to advance. They’ve outscored their opponents in such games 15-8 and outshot them in 3 of the 4 games. Robert Thomas leads the Bulldogs in points in these big wins with 5 (2 goals 3 assists).