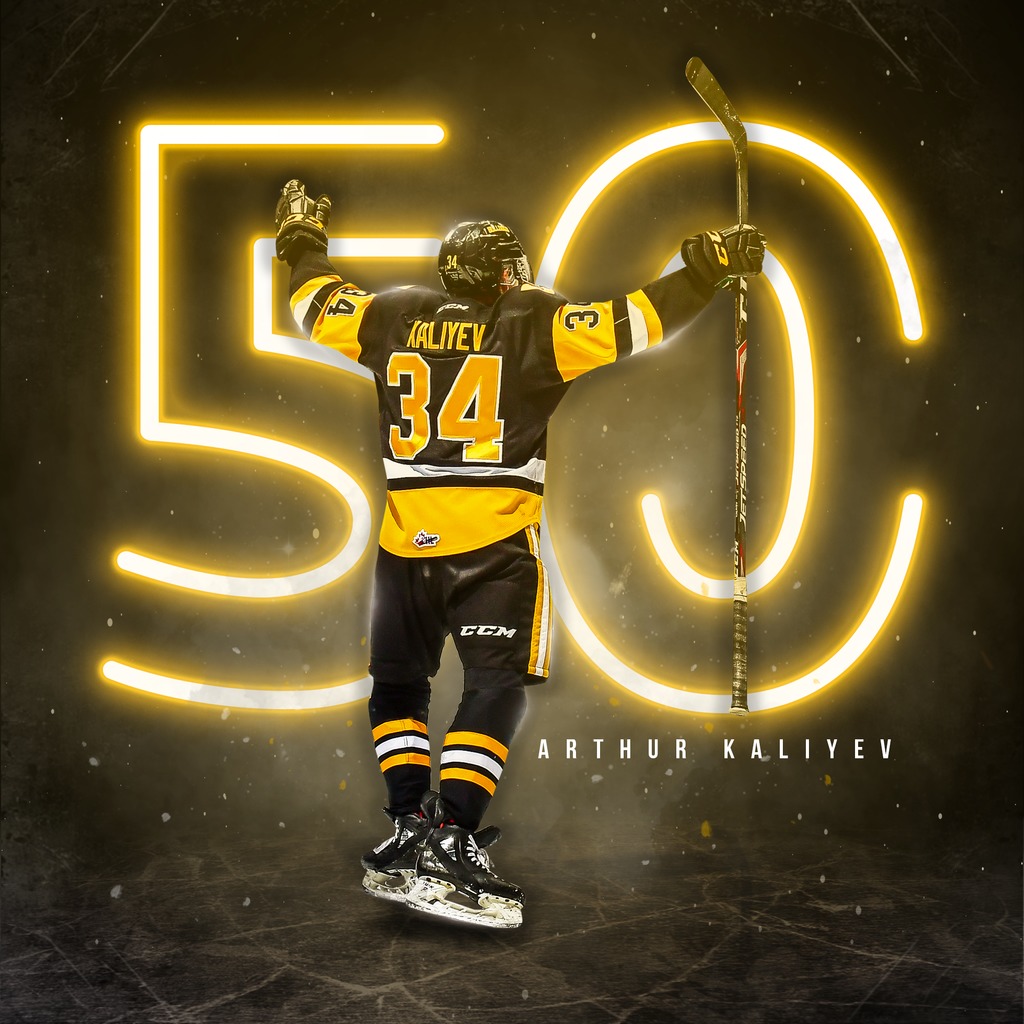 Arthur Kaliyev has hit the 50-goal mark becoming the first Hamilton Bulldog to accomplish that feat since the team re-located to Hamilton for the 2015-2016 season.

The 17-year old scored on a patented Arthur Kaliyev one-timer Saturday against the London Knights. The goal came fittingly on the power-play, Kaliyev’s league leading 20th power-play goal of the season. 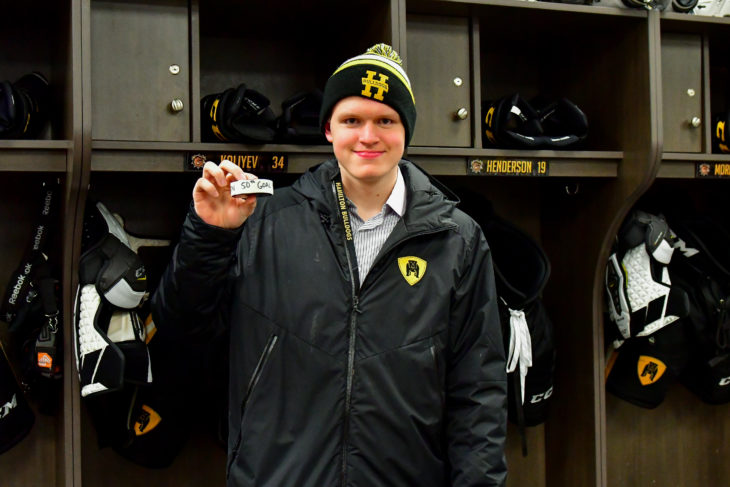 Arthur is also closing in on 100 points (97) which would also be a first in Bulldogs OHL franchise history.

Kaliyev has been red hot since the calendar flipped to 2019 with 24-goals in 25-games and a total of 43-points over that same 25-game stretch.

Kaliyev was the Bulldogs 2nd round pick (26) in the 2017 OHL Priority Selection and is rated by NHL Central Scouting as an “A” prospect (potential 1st round pick) for the 2019 NHL Entry Draft in June.