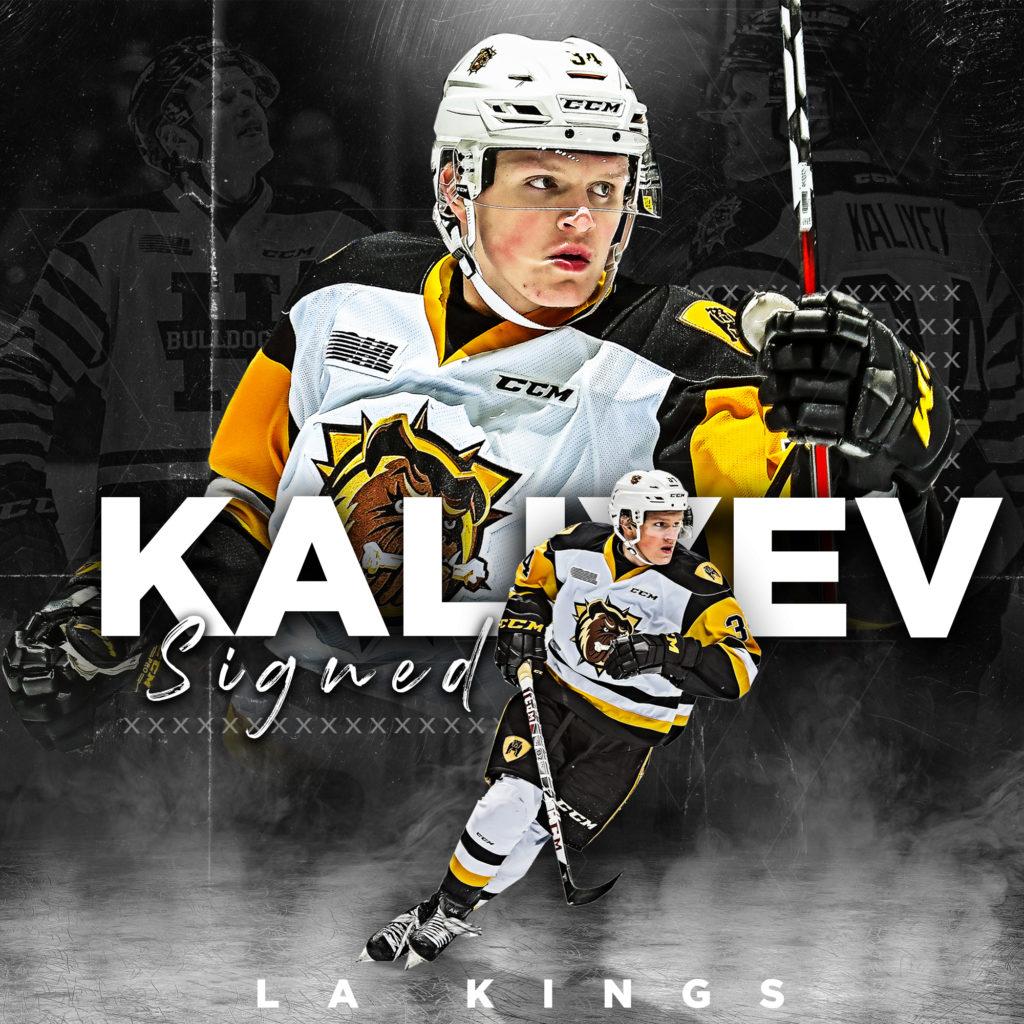 HAMILTON, ONTARIO. Arthur Kaliyev, the Hamilton Bulldogs all-time leader in goals and points and member of the 2018 OHL Championship team has signed his ELC with the Los Angeles Kings.

Kaliyev, 19, was originally selected by the Bulldogs in the 2nd round of the 2017 OHL Priority Selection Draft, 26th overall, and became an instant impact player for the franchise. In his 2017-18 rookie season, Kaliyev would begin his assault on the record book, recording 31 goals, the Bulldogs rookie record, along with 17 assists for 48 points while appearing in all 68 games and going on to add 3 goals and 8 assists for 11 points appearing in all 21 playoff games as the team would win the 2018 OHL Championship. In the 2018-19 season, Kaliyev would see his role expand and rise to meet the challenge, scoring a franchise record 51 goals to go along with 51 assists totaling a franchise record of 102 points across 67 games and becoming the first, Bulldog to cross both the 50 goal and 100 point plateaus in a single season.

It was at the 2019 NHL Entry Draft where the Los Angeles Kings would make the Bulldogs sniper their 2nd round pick, 33rd overall and would see immediate dividends from their choice as Kaliyev would be chosen to represent Team USA at the 2020 World Junior Hockey Championships where he would impress the entire hockey world, starting the tournament as the team’s 13th forward and finishing 1st on the team in goals, 4, and 3rd on the team in points, 6 while appearing in all 5 games for the team.

In the 2019-20 OHL season Arthur Kaliyev would truly become “King Arthur” while scoring at a blistering pace, 44 goals and 54 assists for 98 points across just 57 games in the shortened season, the star forward would become the Bulldogs all-time franchise leader in both goals and points finishing the season having posted 126 goals and 122 assists for 248 points across 192 games.

The Hamilton Bulldogs are incredibly proud of everything that Arthur Kaliyev has accomplished and are excited for the future of this tremendous young man. 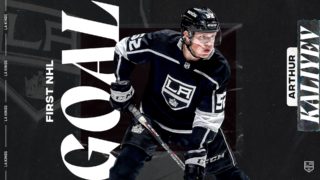