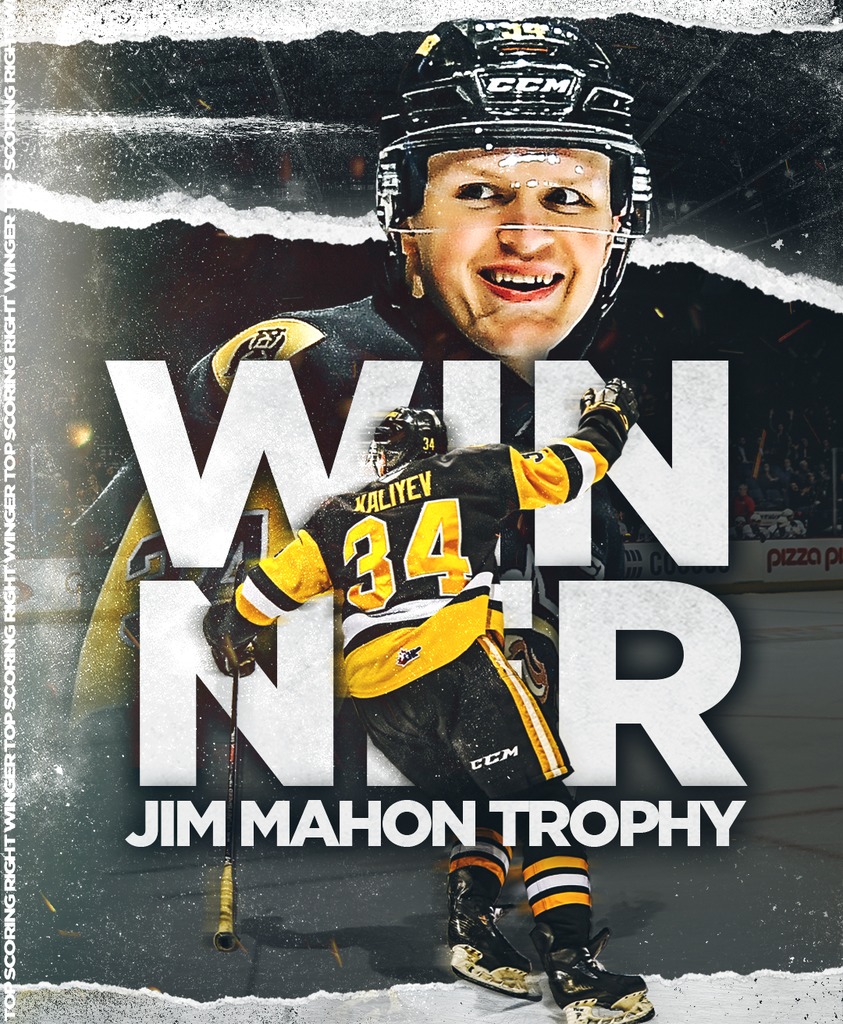 Over a year which has seen Arthur Kaliyev drafted 33rd overall by the Los Angeles Kings in the 2019 NHL Entry Draft, a selection to the United States entry for the 2020 World Junior Hockey Championship as well as breaking the Hamilton Bulldogs franchise records for goal scoring and total points, the accolades continue.

On the strength of 44 goals and 54 assists for 98 points, Arthur Kaliyev has been named the Jim Mahon Trophy recipient as the Ontario Hockey League’s leading scorer among right wingers. An award that has been stepping-stone for many previous stars in the OHL who went on to tremendous professional careers, previous winners of the Jim Mahon Trophy include; Dino Ciccarelli, Ray Sheppard, Owen Nolan, Corey Perry, Patrick Kane, Tyler Toffoli, Mitch Marner & Alex DeBrincat.

Beginning his OHL career in the 2017-18 season, it was clear the Staten Island, NY product was something special, scoring a blistering 31 goals to lead all first year eligible players Kaliyev would be a big part of the eventual 2018 OHL Championship team, including 11 points in the post season while appearing in all 21 playoff games for the Bulldogs. The 2018-19 season would see Kaliyev mark himself among the league’s elite, posting an incredible 51 goals & 51 assists for 102 points over 67 games, becoming the first Hamilton Bulldogs to cross the 50 goal and 100 point milestones.

The Hamilton Bulldogs are very proud of Arthur Kaliyev’s accomplishments and look forward to his continued success at the junior and professional levels.