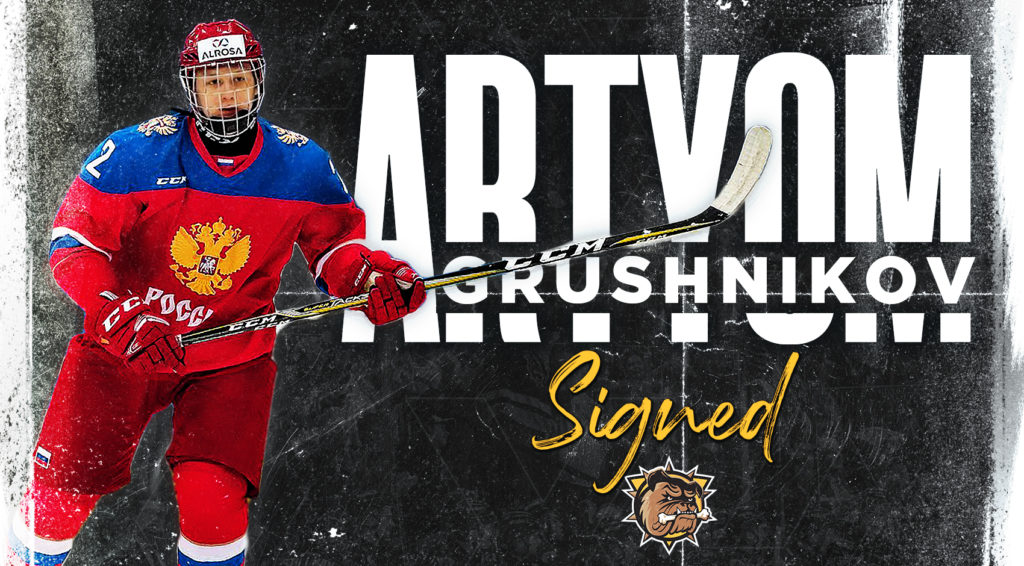 Grushnikov, 17, was selected by the Bulldogs 16th overall in the 2020 CHL Import Draft. The Moscow, Russia native spent last season with Krasnaya Armiya Moskva (MHL) where he appeared in 29 regular season games and collected five points (one goal, four assists). Grushnikov was also the only 2003-born skater selected to the Russian U18 team that won a gold medal at the 2019-20 Hlinka Gretzky Cup. In 2018-19, Grushnikov was the only 2003-born player at the World U17 Hockey Challenge, where he finished third amongst defencemen in tournament scoring and won a gold medal.

Staios added, “We are thrilled that Artyom has signed with our team. He is a tremendous young player who has experienced a great deal of success playing at a high level in Russia and has won two gold medals internationally. He has been one of the few 2003-born players in the world to play internationally with older age groups on a consistent basis. Our fans should be excited about the addition of yet another top prospect for the 2021 NHL Draft”.