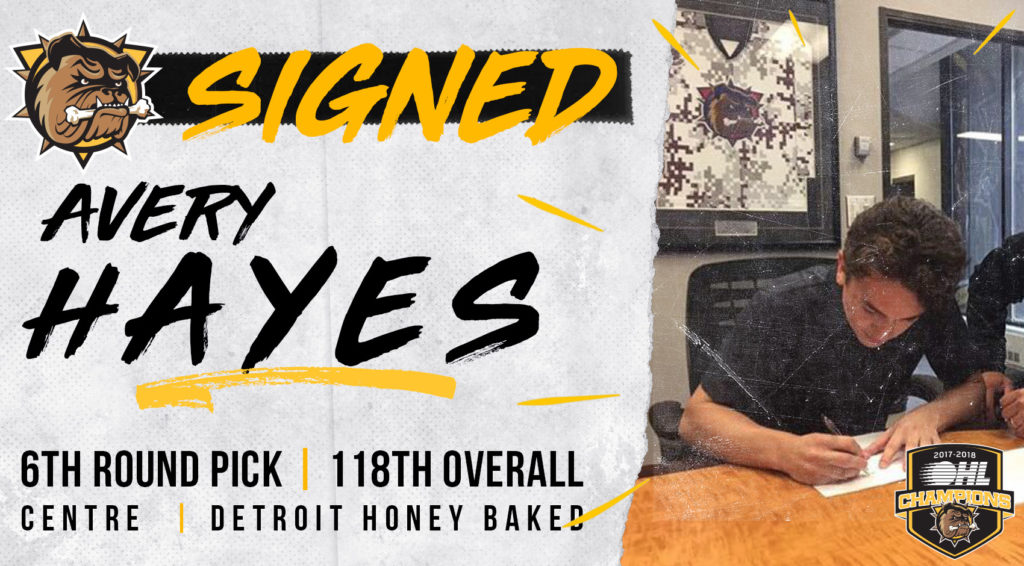 Hayes was the Bulldogs 6th round selection (118th overall) in the 2018 OHL Priority Selection. He played last season with the Detroit HoneyBaked U-16’s where he appeared in 50 games, scored 22-goals and added 23-assists.

Staios says the organization is thrilled to have received a commitment from Hayes. “He has a tremendous skill set and ability to make plays,” says Staios. “Our fans will enjoy watching Avery’s development here in Hamilton.”