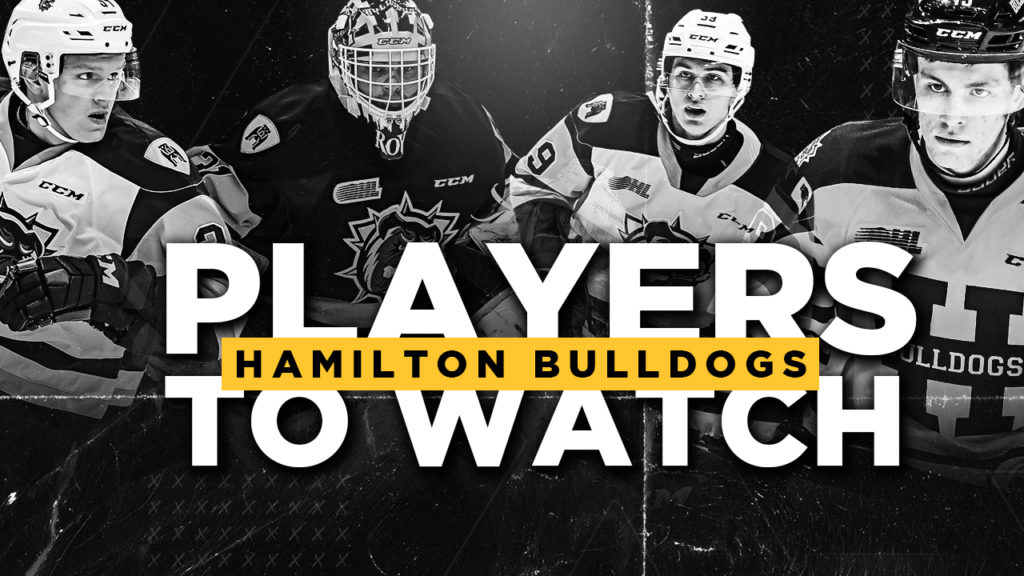 As the calendar bid goodbye to November and December welcomed us with snow, the Hamilton Bulldogs were able to celebrate the holidays a little bit early with four accomplishments for Bulldogs’ players.

Roy Advances to Round 2:

With the Memorial eCup presented by Kia firmly underway, seeing all 60 Canadian Hockey League teams represented (as well as 4 special guests to round out the 64–team field) Zachary Roy was named the representative for the Hamilton Bulldogs. Roy would be placed in the Kia Telluride Division and matched up against Pier Olivier-Roy of the Gatineau Olympiques. In a back-and-forth battle which saw both teams gain and relinquish the lead, it was Zachary Roy recording a late 3rd period winner to advance to the 2nd round on Sunday, December 6th taking on Luka Burzan’s Brandon Wheat Kings.

After a rookie season that saw Lawson Sherk turn heads and announce his arrival as a high-IQ three zone player, the entire OHL & hockey world has learned about how high his IQ is in the classroom as well. Named the East Division Academic Player of the Month for November, Sherk made history at Ancaster High School becoming one of very, very few students to ever earn a perfect 100% in Grade 12 University Level Advanced Functions and following it up with 94% in his University Level Physics course & 93% in his Personal Life Management course. In its write up the OHL remarked “Sherk’s teachers and coaches regularly compliment his work ethic, positive attitude and kindness and point out his perseverance and teamwork both in the classroom and on the ice. He is known around school as a mentor and a leader.”.

For the second straight season, Arthur Kaliyev has been named to the preliminary roster for Team USA at the 2021 IIHF World Junior Hockey Championships. A favourite not just to make the team but to be a key contributor to American success in the tournament, Kaliyev returns to the world stage a year after leading the team in goals (4) & finishing 3rd on the team in points (6). Kaliyev’s return to Team USA comes off another tremendous season with the Hamilton Bulldogs where the former 2nd OHL & NHL Draft Pick posted 44 goals & 54 assists for 98 points in 57 games becoming the first Bulldogs player to score 40-plus goals in back-to-back seasons as well as re-writing the team record book becoming the all-time leader in goals and points surpassing inaugural 1st round pick Matthew Strome in both categories.

Continuing an incredible run of success over the last 12 months, Jan Mysak has been tapped to represent the Czech Republic once again for the 2021 IIHF World Junior Hockey Championships. Mysak represented his home country last year at the tournament, announcing his arrival to the world with a goal and an assist over 5 games while dazzling with his incredible speed and puck skills. Since the conclusion of the 2020 World Juniors, Mysak has debuted with the Hamilton Bulldogs, scoring 15 goals & 10 assists for 25 points in 22 games, selected in the 2nd round (48th overall) in the 2020 NHL Draft by the Montreal Canadiens and debuted for his country at the senior level playing in a pair of games for the Czech Republic on the Euro Hockey Tour posting an assist across his first two games. With his experience at the Extraliga, OHL & International levels, Mysak will be looked upon as a key contributor for his national squad at the 2021 tournament.

The Hamilton Bulldogs are incredibly proud of the accomplishments of these four young men and look forward to their continued success on the ice, in the classroom and in the virtual world.