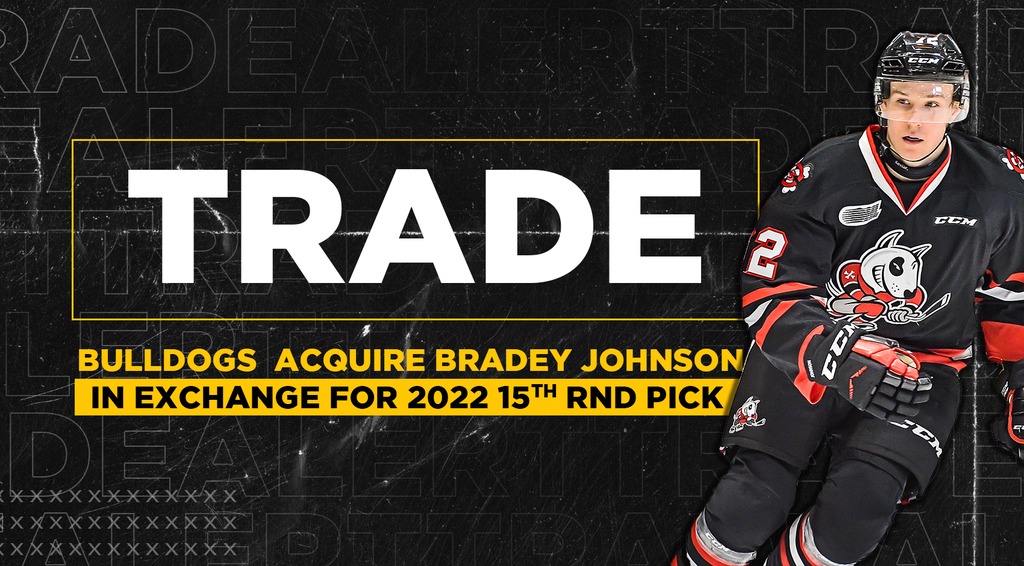 The Hamilton Bulldogs have announced the acquisition of forward Bradey Johnson from the Niagara Ice Dogs. In exchange, the Bulldogs have sent a 15th round selection in the 2022 OHL Priority Selection Draft to Niagara.

Johnson, from Lindsay, ON was Niagara’s 13th round choice (252nd overall) in the 2015 OHL Priority Selection Draft. Spending the last two and a half seasons with Niagara, Johnson has posted 22 goals & 26 assists for 48 points in 158 games played. Johnson is also coming off his best OHL season in 2018-19 where he recorded 11 goals & 16 assists for 27 points across a full 68 game schedule, the assist and point totals representing career highs.