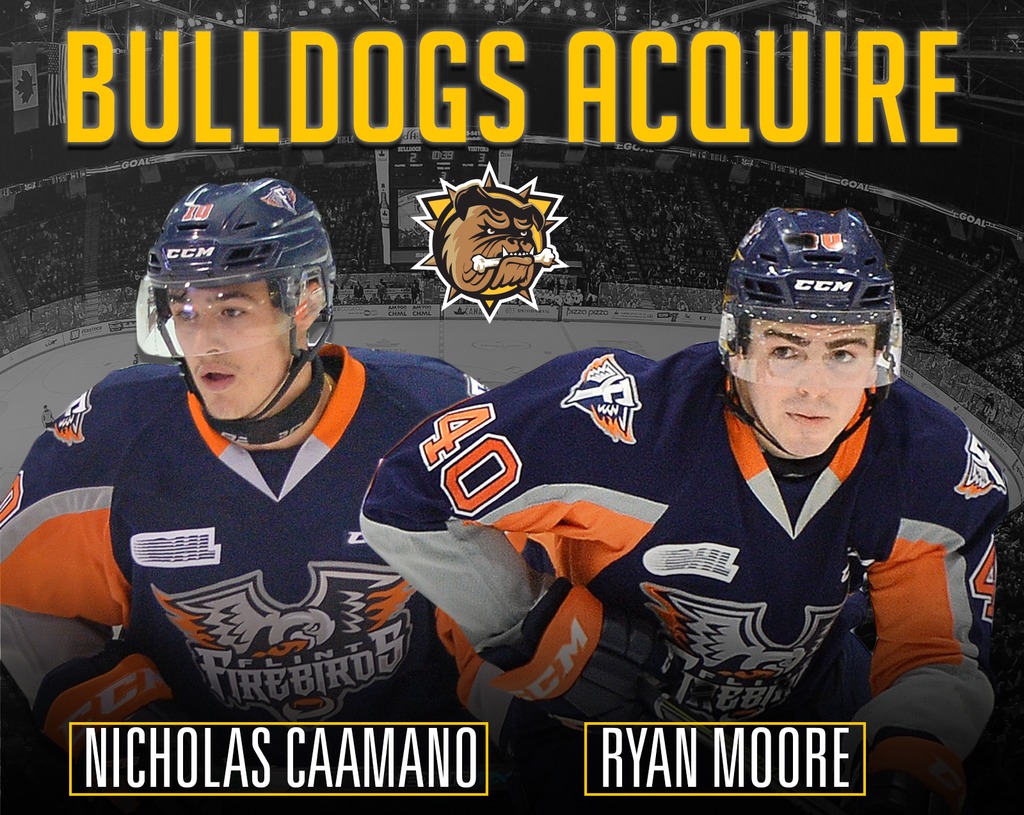 Hamilton Bulldogs President & General Manager Steve Staios announced today that the team has acquired forwards Nicholas Caamano and Ryan Moore from the Flint Firebirds in exchange for Connor Roberts, 2nd and 3rd round picks in the 2019 OHL Priority Selection and a 3rd round pick in 2020.

“We are excited to welcome Nicholas and Ryan to the Bulldogs family” said Staios. “They are exactly the type of players that the Hamilton Bulldogs covet.  Both provide us with the speed, skill and work ethic that will help us accomplish the goals we have set for our hockey club.”

Connor Roberts was Hamilton’s 1st round pick in the 2016 OHL Priority Selection and has 11-goals and 12-assists in 85 career games.

“The Bulldogs would like to thank Connor Roberts for everything he has done for the organization” said Staios. “His character was always up and above what we expected from our players both on and off the ice and we wish him nothing but the best in the future. He has been both a great team-mate and never hesitated to give back to the community.”

The Bulldogs host the Ottawa 67’s tonight at FirstOntario Centre at 7 pm.