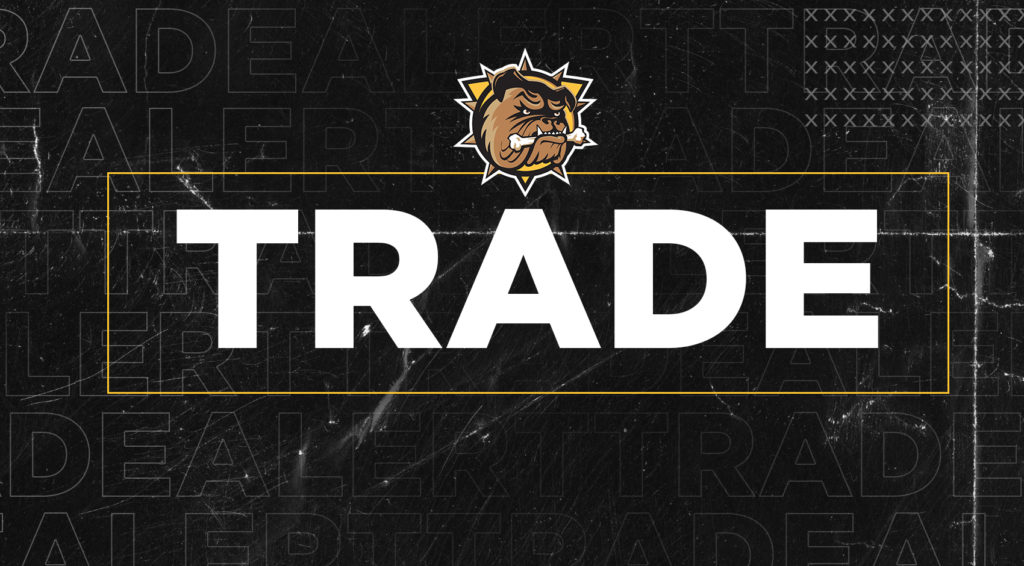 Kammerer, 18, was originally selected 52nd overall by the Sarnia Sting in the 2017 Ontario Hockey League Priority Selection. This past season he skated in 49 regular season games with the Sting, collecting 14 points (four goals, 10 assists). Over the course of three seasons in the Ontario Hockey League, Kammerer has appeared in 148 games and registered 37 points (10 goals, 27 assists). The Brooklin, ON native was also selected to participate in the 2017 World U-17 Hockey Challenge where he won a silver medal.
Supryka spent the last two and a half seasons with the Bulldogs, skating in 74 regular season games and collecting 31 points (four goals, twenty-seven assists).

“We are excited to welcome Colton to our organization,” added Bulldogs President & General Manager Steve Staios. “Colton’s skill set and ability along with his leadership will play an important part in our team’s success moving forward.”