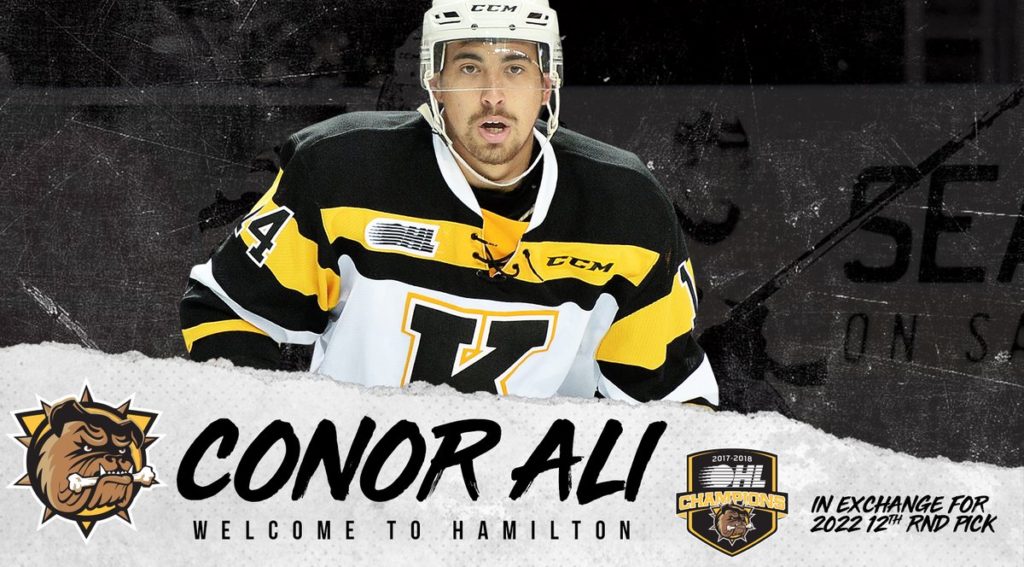 The Hamilton Bulldogs have added some depth on defense by acquiring Conor Ali from the Kingston Frontenacs in return for a 12th round pick in the 2022 OHL Priority Selection.

Ali was originally a 3rd round pick (48th overall) of the Sudbury Wolves in the 2015 OHL Draft.  He played 56 games with the Wolves before being traded to Kingston in October 2017 where he played 79 games, including 19 this season.