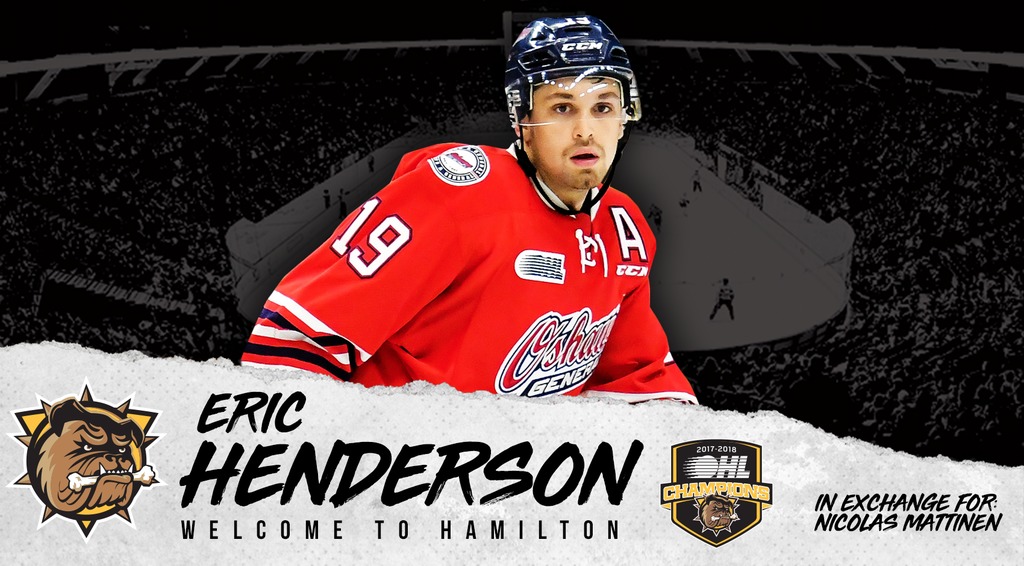 The Hamilton Bulldogs have traded overage defenseman Nicolas Mattinen to the Oshawa Generals.

Mattinen was acquired in a trade with the Flint Firebirds in January 2018 and played 66 games with the Bulldogs scoring 16 goals and adding 22 assists for 38 points.

The Ottawa native is having a career season with 13 goals and 17 assists in 40 games.

“Nicolas was an integral part of our 2018 OHL Championship. He is a tremendous young man who has a very bright future,” said Bulldogs President and General Manager Steve Staios. “We wish Nicolas all the best in Oshawa and beyond.”

Mattinen was a part of the Bulldogs 2018 OHL Championship team and contributed seven points in the playoffs and added a goal at the Memorial Cup in Regina.