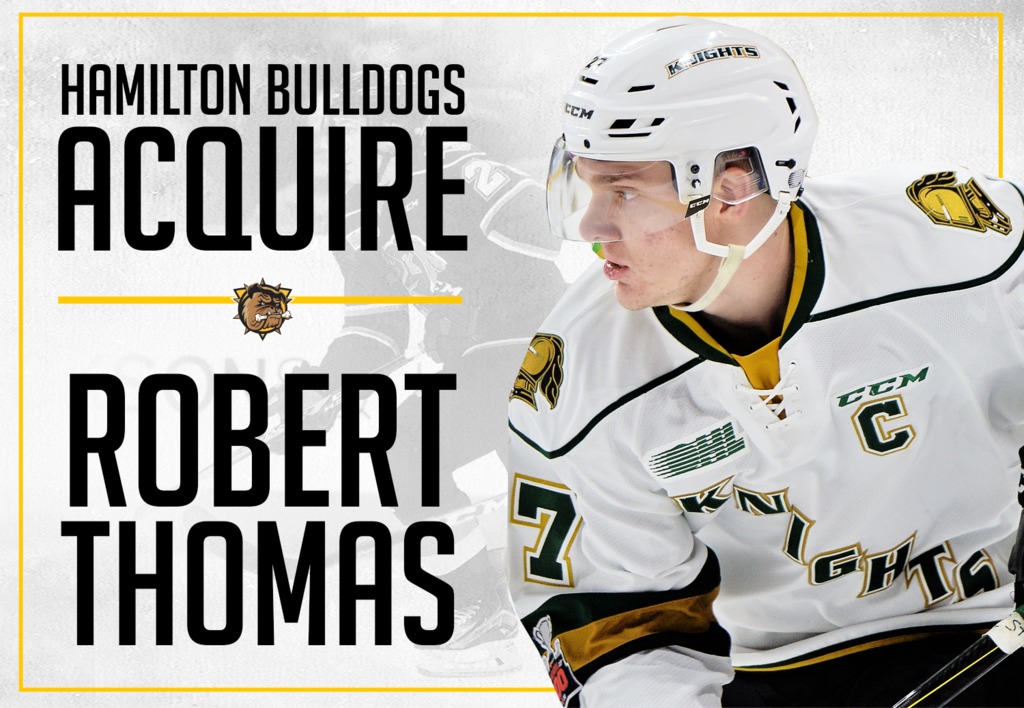 “We are very excited to welcome Robert Thomas to the Bulldogs family. He has a tremendous track record both in the Ontario Hockey League and at the international level, most recently winning a gold medal with Canada at the World Junior Hockey Championships,” said Staios. Thomas recorded six points (one goal, five assists) on route to winning the gold medal.

Connor McMichael was Hamilton’s 1st round pick in the 2017 OHL Priority Selection and has five goals and five assists in 32 games this season. “The Bulldogs would like to thank Connor for everything he has done for the organization. He is a tremendous young man with high character,” said Staios. “He has been a great teammate and has a very bright future. We wish him all the best in London.”