BULLDOGS ADVANCE TO THE OHL’S EASTERN CONFERENCE FINAL BY ELIMINATING THE ICEDOGS IN 5 GAMES. 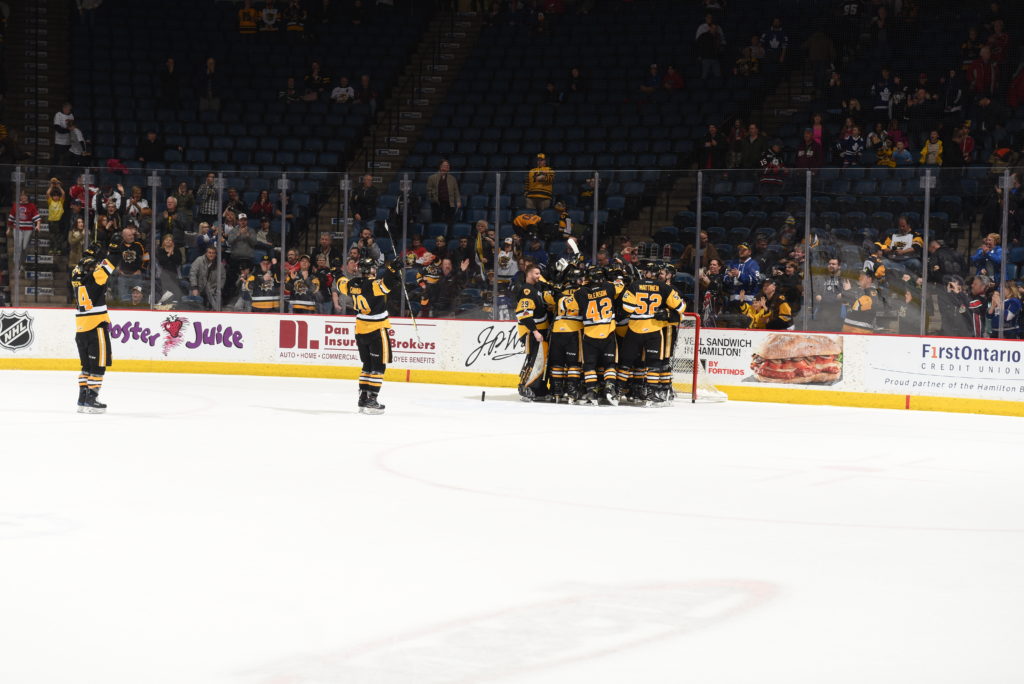 The Hamilton Bulldogs advanced to the OHL’s Eastern Conference Final thanks to a 4-2 win over the Niagara IceDogs Thursday night and a 4-1 semi-final series victory.

In every game of the series, the team that scored first won the game, so it was a good sign when Robert Thomas (6) snapped one through the 5-hole giving the Bulldogs 1-0 lead at 12:59 of the 1st period.

There was no scoring in the 2nd period, the first time in the series that a period went by without a goal.

With the team’s playing 4 on 4, Hamilton went up 2-0 when Matthew Strome (4) one-timed a shot past Stephen Dhillon at 10:20 of the 3rd period. On the same 4 on 4, Nicholas Caamano (4) scored the game winning and series clinching goal at 11:24 to make it 3-0. Niagara scored twice to make it interesting, but Mackenzie Entwistle (2) sealed the deal with an empty-netter at 19:37 to make the final score 4-2.

The Bulldogs will play the winner of the Kingston-Barrie series in the Eastern Conference Final. The Frontenacs lead 3-games-to-2 after a 7-1 win in Game 5 Thursday night.