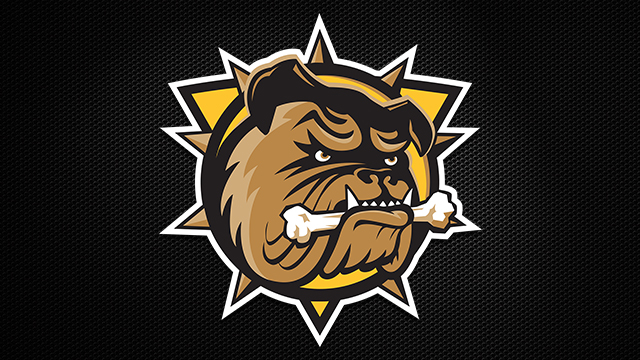 HAMILTON, ONT. – The Hamilton Bulldogs are proud to announce “Black and Gold” as their new jersey colours for the 2016-2017 season. The winner of the jersey design contest was 10-year old Christina C.

After the Hamilton Bulldogs, AHL affiliate of the Montreal Canadiens’, moved to St. Johns, NL, the former Belleville Bulls, became the new Hamilton Bulldogs of the OHL. Following the changes to the organization, the new colours signify a fresh beginning for the team.

“The Hamilton Bulldogs have been part of the fabric of the city for the past 20 years,” said Bulldogs Owner Michael Andlauer. “It’s only fitting that they adopt the colours synonymous with sports in Hamilton.”

The Bulldogs plan to unveil the white jersey closer to the start of the 2016-2017 season. Additional black and gold team merchandise will be available at that time

“As the President of the Hamilton Bulldogs, I am proud to unveil the new black and gold jersey which aligns us with Hamilton and the surrounding communities,” said Steve Staios. “Born and raised in Hamilton, I understand the significance of black and gold colours and I am honoured that our fans played a major role in our rebrand of the OHL Hamilton Bulldogs.”