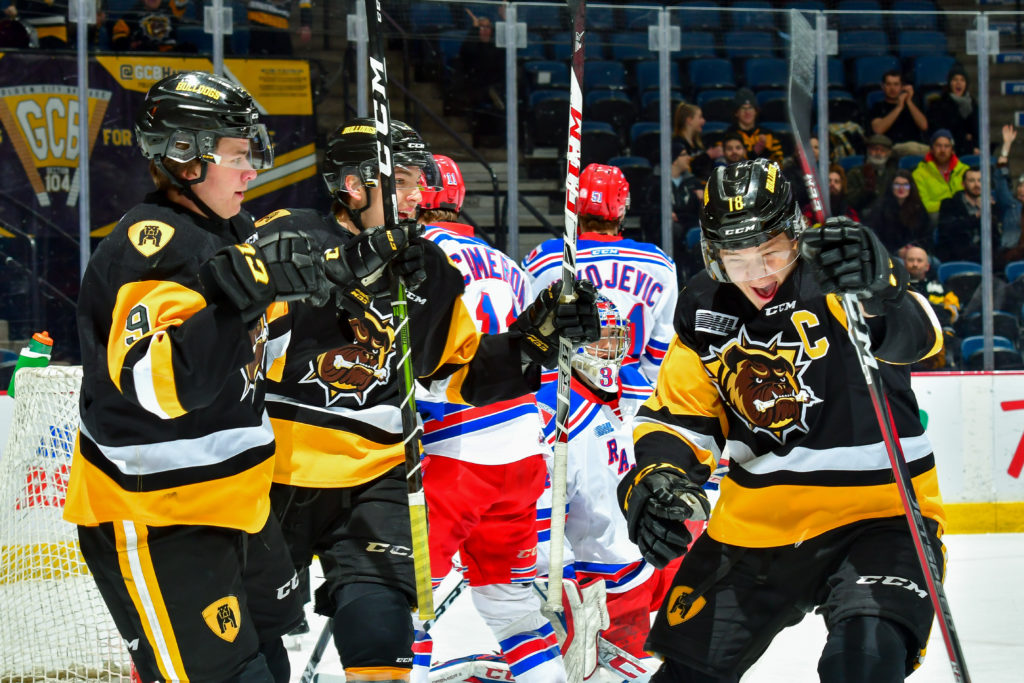 The Hamilton Bulldogs put a 5-game losing streak behind them with a solid 5-3-win over the Kitchener Rangers Wednesday night at FirstOntario Centre.

After a sluggish start and some great goaltending from Zachary Roy, the Bulldogs offense came alive thanks to a power-play goal from Matthew Strome (28) at 8:51 and one even strength less than two minutes later from Jan Jenik (12) making it 2-0 at the end of the first.

The Bulldogs momentum carried over in the 2nd period as Liam Van Loon (9) tipped one in at the 10:47 mark to make it 3-0, however the Rangers responded with two of their own just under three minutes apart to cut the Hamilton lead to 3-2. The power-play came to the rescue with less than a minute left in the period as Logan Morrison (13) scored from a near impossible angle on a 5-on-3 to make it 4-2 Black and Gold after 40 minutes.

Kitchener kept the pressure on in the 3rd period and again cut the Bulldogs lead down to 1 with a power-play goal at 15:10, but Isaac Nurse (15) got the insurance goal into the empty net to finish the scoring at 5-3.

The Bulldogs are on the road as they visit the Mississauga Steelheads Friday night at 7 pm.