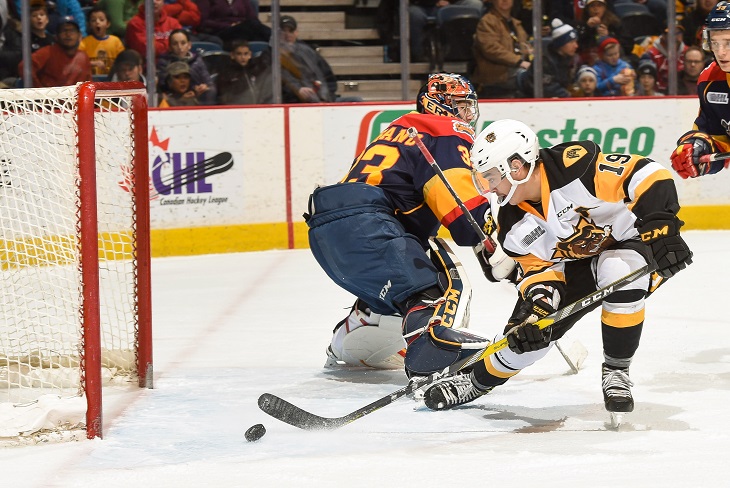 The Hamilton Bulldogs returned after the Christmas break and put in their best effort of the season as they beat the league leading Erie Otters 5-3 Wednesday night at FirstOntario Centre.

The Bulldogs dictated the pace early which led to an early lead. Benjamin Gleason (3) beat Erie goaltender Troy Timpano with a long range wrister at 2:19. Zachary Jackson and Luke Kutkevicius picked up the assists. Brandon Saigeon (6) scored at 7:25 to make it 2-0 Hamilton. Adam Laishram and Michael Cramarossa were credited with the helpers. Erie got on the board at 17:04, but Laishram (6) answered back at 18:12 to give the Bulldogs a 3-1 lead after the first period. Assists went to Saigeon and Gleason.

There was no scoring in the second period.

Laishram (7) would score his second of the night 1:48 into the 3rd Period, a goal that turned out to be the game winner with the assists going to Jesse Saban and Saigeon. The Otters turned up the heat and made it close with back-to-back goals to cut the lead to 4-3, but Will Bitten (10) scored into the empty net at 19:57 to seal the deal for the Bulldogs. Jack Hanley got the only assist.

The back end of the home-and-home series goes in Erie Saturday night, the Bulldogs play New Year’s Day in Peterborough before returning home to take on the Mississauga Steelheads on Wednesday January 4th at 7 pm.