BULLDOGS BEAT STEELHEADS IN A SHOOT-OUT 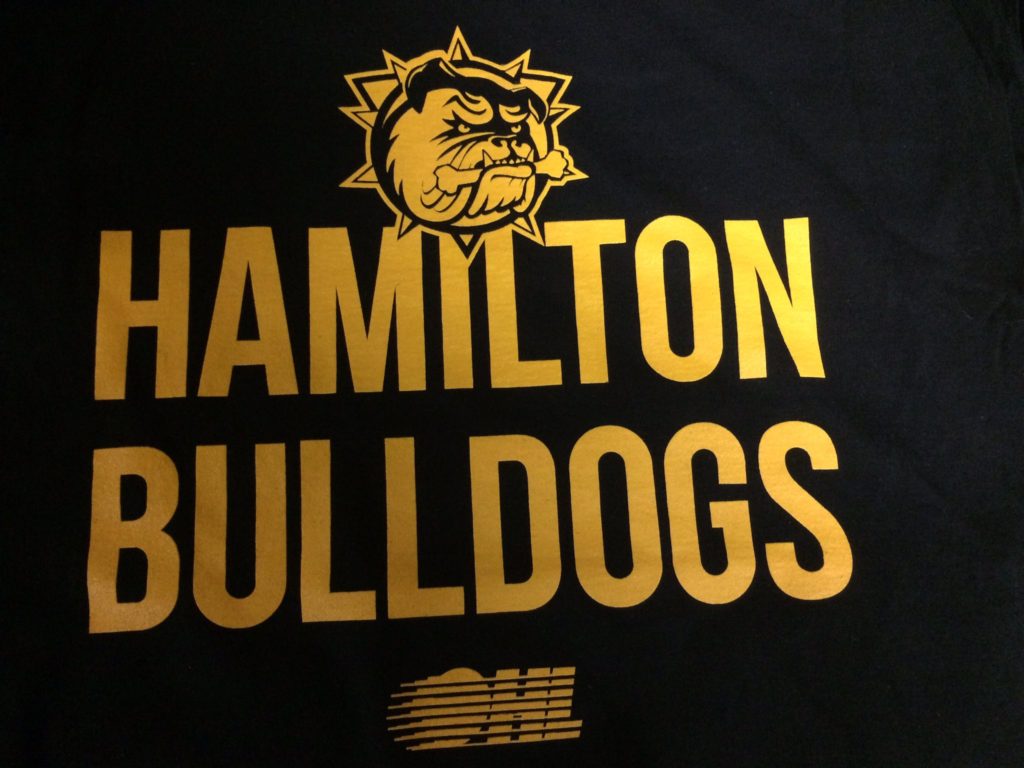 The Hamilton Bulldogs put an end to a 3-game losing streak with an exciting 4-3 shoot-out win in Mississauga Friday night.

The Bulldogs got off to a good start and had a 2-0 lead by the 12:09 mark of the first period on goals by Marian Studenic (12) and Matthew Strome (29). The Steelheads got one back late to cut the Hamilton lead to 2-1.

The Steelheads scored on the power-play early in the second to tie the game 2-2, but Niki Petti (14) scored at 13:37 as the Bulldogs took a 3-2 lead to the dressing room after forty minutes.

Mississauga scored the only goal of the third period to tie the game 3-3 to force overtime.

Both teams had chances in the extra period but both goalies, Dawson Carty for the Bulldogs and Jacob Ingham for Mississauga, were solid, so it was off to the shootout.

Hamilton’s Michael Cramarossa and Niki Petti scored in the shoot-out while Spencer Watson and former Bulldog Trent Fox did the same for the Steelheads, but it would be Will Bitten who scored the game winner in the 5th round of the shoot-out to make the final 4-3.

The Bulldogs are home to host the Windsor Spitfires Saturday night at FirstOntario Centre at 7 pm.