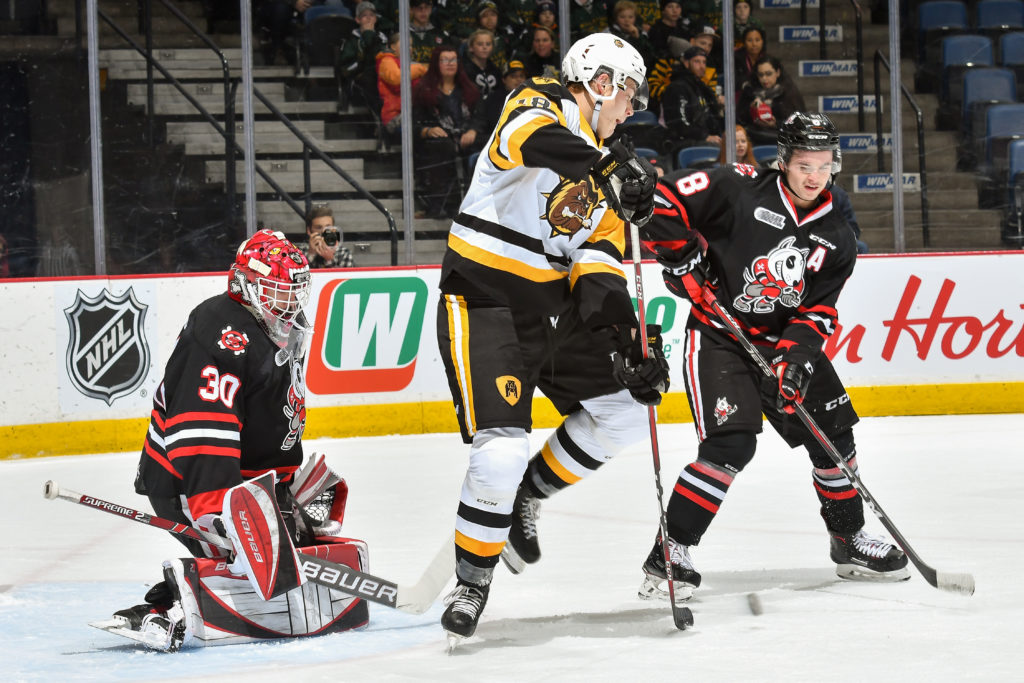 The Hamilton Bulldogs put an end to a four-game losing streak with a 5-2 home ice win over the Niagara Ice Dogs Saturday.

The Bulldogs were first on the scoreboard after Mackenzie Entwistle (9) found the back of the net at 10:41 and then with only 44 seconds left in the period Matthew Strome (10) tipped in a Brandon Saigeon shot on the power-play to make it 2-0 Black and Gold after the 1st period.

The Ice Dogs cut the Bulldogs lead in half just under three minutes into the second frame, but on the power play, Saigeon (17) blasted one home to restore Hamilton’s two goal lead at 3-1 after forty minutes.

The Ice Dogs again made it a one goal game early in the 3rd to cut Hamilton’s lead to 3-2, but two goals less than a minute apart, one from Mackenzie Entwistle (10) on a breakaway and then Arthur Kaliyev (19) taking advantage after IceDogs goalie Stephen Dhillion got caught out of the net, closed out the scoring.

The Bulldogs were 2 for 8 on the power-play while the Ice Dogs were 0 for 4.

The Bulldogs remain at home tomorrow when they face the Peterborough Petes at FirstOntario Centre at 2 pm.