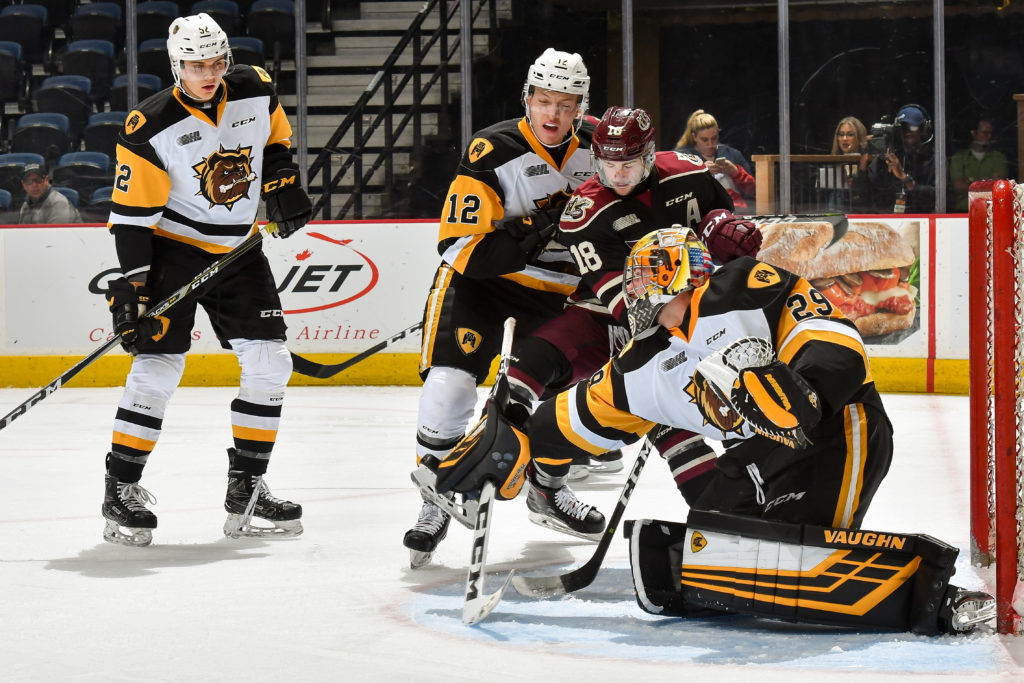 Hamilton, ON.  A total team effort helped the Hamilton Bulldogs defeat the Peterborough Petes 3-2 on Saturday for their first win on home ice this season.

Rebounding from a tough loss Friday night, the Bulldogs also had to dig down deep after two defensemen were forced to leave the game due to injury.

After a scoreless 1st period, the Bulldogs exploded for three goals in just over six minutes of the 2nd to take a 3-0 lead. Starting the scoring was the first OHL goal from Avery Hayes (1) followed by a tap in from Tim Fleischer (2) and a power-play goal from Brandon Saigeon (4).

Peterborough made it interesting with two 3rd period goals, but the Black and Gold held on for the 3-2 victory.

Wainman recorded his first point in his second game as a Bulldog with an assist while goalie Nick Donofrio made 28 saves to record the win.

The Bulldogs finish the weekend with a 2 pm Sunday matinee in Windsor.