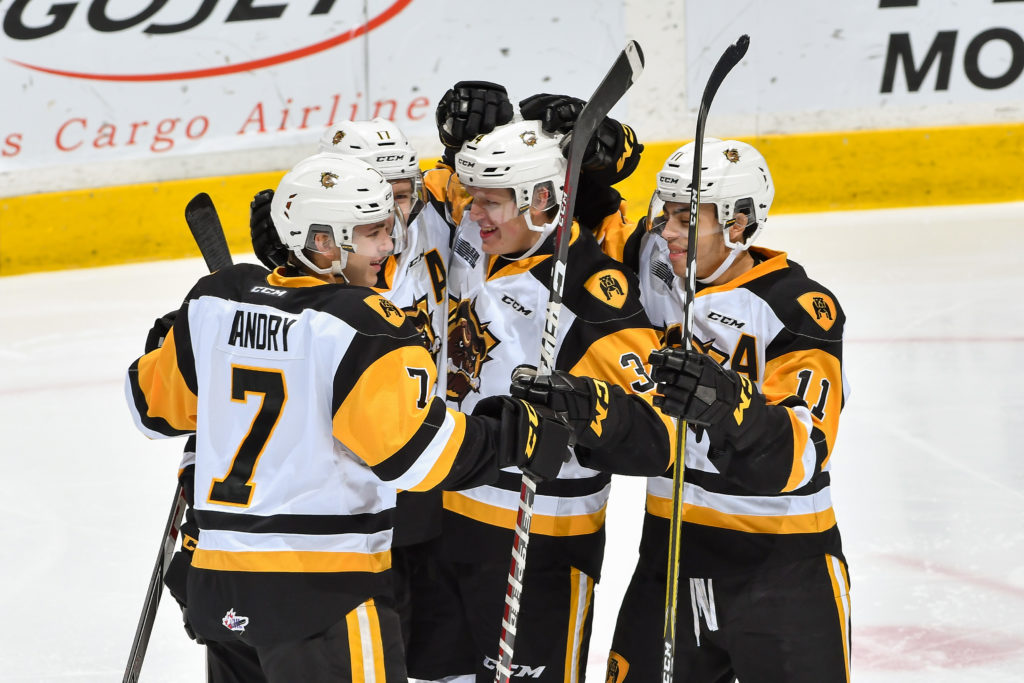 The Hamilton Bulldogs finished a tour of Eastern Ontario with a 3-1-win Sunday afternoon in Kingston.

An uneventful 1st period with no offense to speak of as the opening 20 minutes ended scoreless with shots on goal 8-5 in favour of Hamilton.

The Bulldogs got on the scoreboard early in the 2nd period as Jake Gravelle (2) got a low shot through to make it 1-0. Matthew Strome (21) made it 2-0 banging home a rebound just past the mid-way point of the period. Kingston converted on the power-play late to cut the Hamilton lead to 2-1 after two periods.

The Bulldogs shut things down in the 3rd period not allowing the Frontenacs many chances while Eric Henderson (12) scored his first goal as a Bulldog to make the final 3-1.

Matthew Strome finished the game with had a goal and an assist while Jan Jenik had two assists.

The Bulldogs out-shot the Frontenacs 35-24 as goalie Zachary Roy stopped 23 shots for his 13th win of the season.

The Bulldogs are back on the road Thursday January 24th as they travel to Barrie to face the Colts before returning to FirstOntario Centre on Saturday January 26th at 4 pm to host the Mississauga Steelheads.