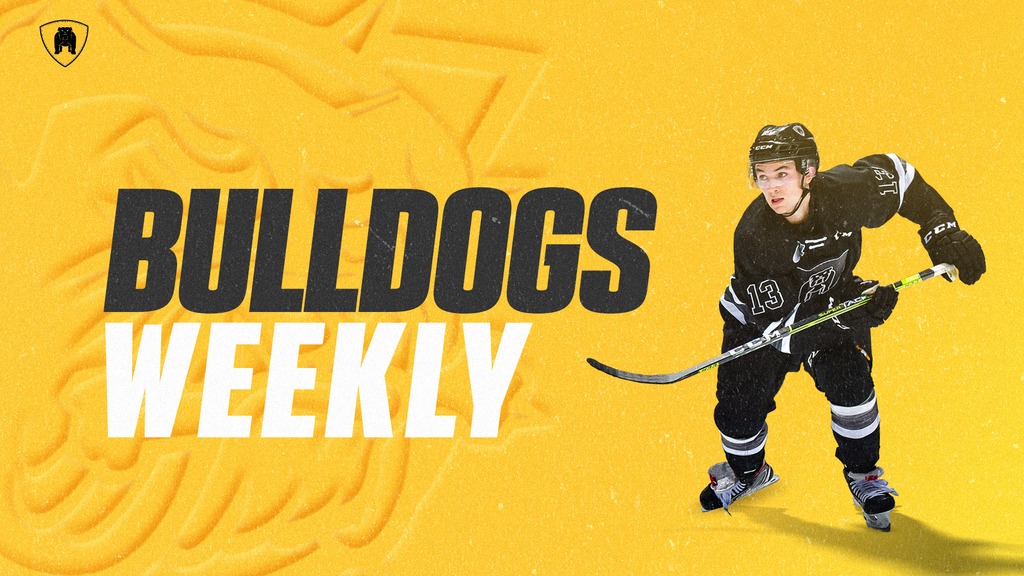 Coming off a Wednesday night win over the Ottawa 67’s the Hamilton Bulldogs head into a back-to-back weekend looking to extend their win streak over the Niagara IceDogs to 6 in the 2021-22 season, & 10 dating back to the 2019-20 season, on Saturday, while looking to get back in the win column against the Kingston Frontenacs on Sunday. Heading into the weekend the Bulldogs will have Arber Xhekaj return to the lineup following his 2-game suspension and Giordano Biondi available for the first time following his serving of a 4-game suspension assessed while the winger was still with the Sudbury Wolves.

In a Saturday night match-up between QEW rivals, the Hamilton Bulldogs travel to St. Catharines for the 3rd time this season, having won all 5 meetings on the season. The Bulldogs have had 19 different skaters hit the score sheet in the 5 games against Niagara so far this season, with all 3 goaltenders who have appeared for the team this season, Marco Costantini, Matteo Drobac & Tristan Malboeuf, earning victories including Costantini & Malboeuf recording their first OHL shutouts on October 15th & 16th. The Bulldogs are led into 6th meeting of the season with Niagara in scoring by the trio of Logan Morrison, George Diaco & Ryan Humphrey with 8 points apiece while Jan Mysak has recorded 6 points over the last two meetings and Ryan Winterton exploded for 5 points in his return to the Bulldogs lineup on January 11th.

The Bulldogs return to home ice on Sunday afternoon for a 4:00pm matinee against the Kingston Frontenacs in the 5th meeting of the season between the two clubs, and the 3rd in just the last two weeks. Hamilton has had a bumpy road against the Fronts so far this season going 1-2-0-1 in the previous 4 meetings. However, the Bulldogs have had successes in the season series highlighted by an 8-1 victory on January 16th as well as having 20 different skaters hit the scoresheet in the season series. Hamilton is led offensively in the season series by the team’s first 20-goal scorer on the season Avery Hayes with a 5-2-7 line & followed closely by regular line mates Logan Morrison & Ryan Humphrey with 6 points apiece.

As the Bulldogs clash with a pair of heated rivals you can catch all the action on the Bulldogs Audio Network at www.hamiltonbulldogs.com/audio!