BULLDOGS GRIND OUT 3-2 WIN IN BARRIE 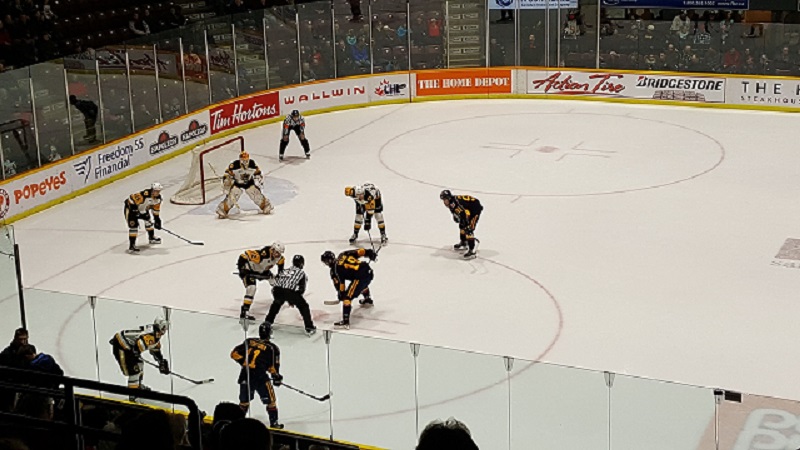 The Hamilton Bulldogs ended a 4-game road trip Thursday night in Barrie with a 3-2 win over the Colts.

There wasn’t much action in a scoreless 1st period and it wasn’t until 9:33 of the 2nd period that the Colts opened the scoring. Minutes later Liam Van Loon (5) tied things up on the power-play with a one timer from the slot to close out the 2nd frame 1-1.

Starting the 3rd on the power play, Liam Van Loon (6) scored his second of the game giving the Bulldogs their first lead of the game but the Colts responded with one of their own just over three minutes later to make it 2-2. Isaac Nurse (8) restored Hamilton’s lead jumping on a loose puck in front and scoring the game winner making the final 3-2.

Hamilton was 2 for 5 on the power play while Barrie was 0 for 2.

The Bulldogs return home to the FirstOntario Centre Saturday when they host the Mississauga Steelheads at 4 pm.