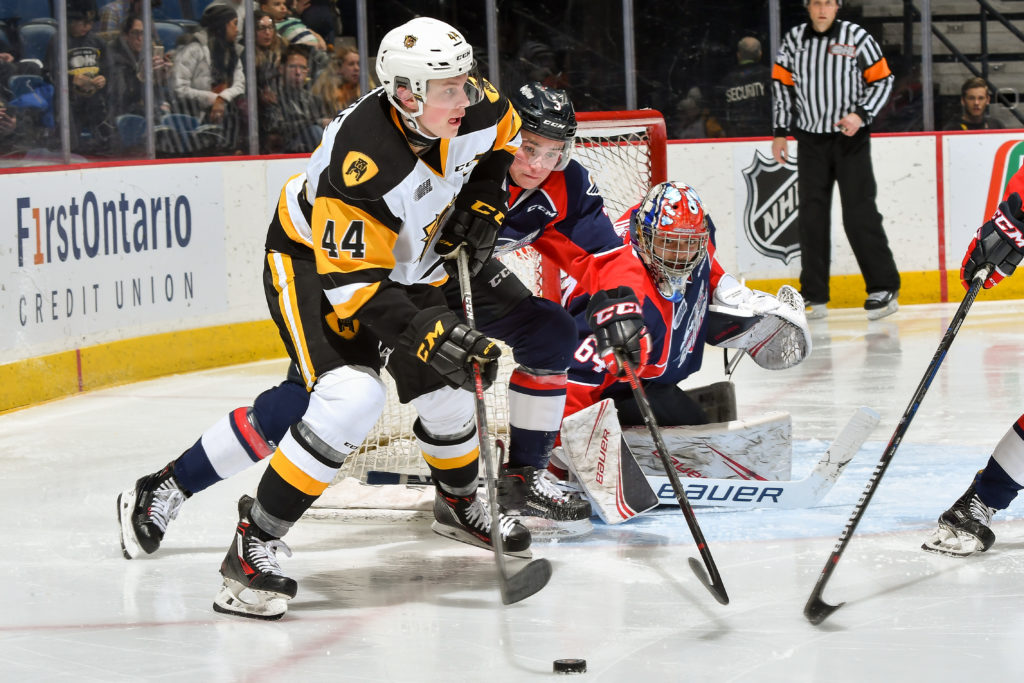 The Hamilton Bulldogs made it two for two this weekend after edging the Windsor Spitfires 3-2 Saturday at FirstOntario Centre.

The Spitfires got off to a quick start netting the first goal of the game just 20 seconds into the period, but Navrin Mutter (3) tied things up at 1-1 for the Bulldogs tipping in a shot from the point just over four minutes later.

Captain Mackenzie Entwistle (12, 13) went to work in the 2nd period scoring twice on the power-play to give the Bulldogs a 3-1 lead after forty minutes.

Despite getting just two shots on goal in the 3rd and allowing a goal by the Spitfires mid-way through, Hamilton held on for the 3-2 win.

The Spitfires outshot the Bulldogs 25-23 as Hamilton goalie Nick Donofrio made 23 saves for his second win in less than 24 hours.

The Bulldogs were 2 for 4 on the powerplay while Windsor was 0 for 2.

The Bulldogs remain at home tomorrow as they take on the Niagara Ice Dogs at FirstOntario Centre at 2 pm.