BULLDOGS LOSE 5-4 IN OVERTIME IN OTTAWA 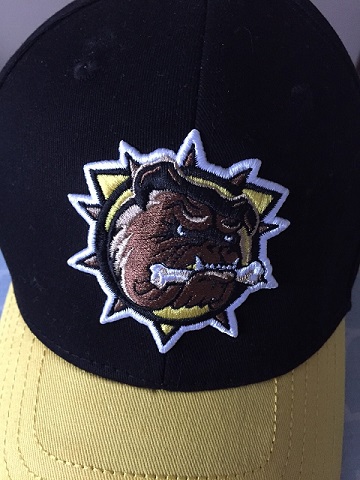 The Hamilton Bulldogs six game winning streak came to an end Saturday afternoon in Ottawa after a 5-4 overtime loss to the 67’s.

Neither team could get much going in a scoreless 1st period.

The 67’s opened the scoring with back to back power-play goals to take a 2-0 lead mid-way through the 2nd period. Luke Kutkevicius (6) wired one past Ottawa goalie Leo Lazarev on the blocker side at the 14:33 mark to cut the lead in half. Marian Studenic picked up the only assist. The Bulldogs would follow up just 17 seconds later with a goal from Michael Cramarossa (18) to tie the game at 2. Cole Candella picked up the only assist. An unfortunate bounce off the end boards lead to an easy tap in for Ottawa at 19:33 as they took a 3-2 lead after two periods.

Brandon Saigeon (20) tied the game up at 3 early in the third with a deceptive backhanded shot that snuck through the five-hole at 4:39. Michael Cramarossa and Will Bitten were credited with the helpers. The 67’s would quickly retake the lead just one minute later to make it 4-3. Matthew Strome (32) pulled the Bulldogs even at 4-4 after deflecting a Benjamin Gleason point shot into the net. Niki Petti got the second assist. There was no further scoring in regulation as the game went to overtime.

Ottawa secured the win as Sasha Chmelevski scored on a quick snap-shot 22 seconds into overtime to make the final score 5-4.

Hamilton earned a point and moves into sole possession of 4th place in the Eastern Conference standings, one point ahead of the Kingston Frontenacs. The two teams will go head-to-head Sunday afternoon at 2 pm at the K Rock Centre in Kinston.

The Bulldogs next home game is Friday March 3rd when they host the Peterborough Petes at FirstOntario Centre at 7:30 pm.