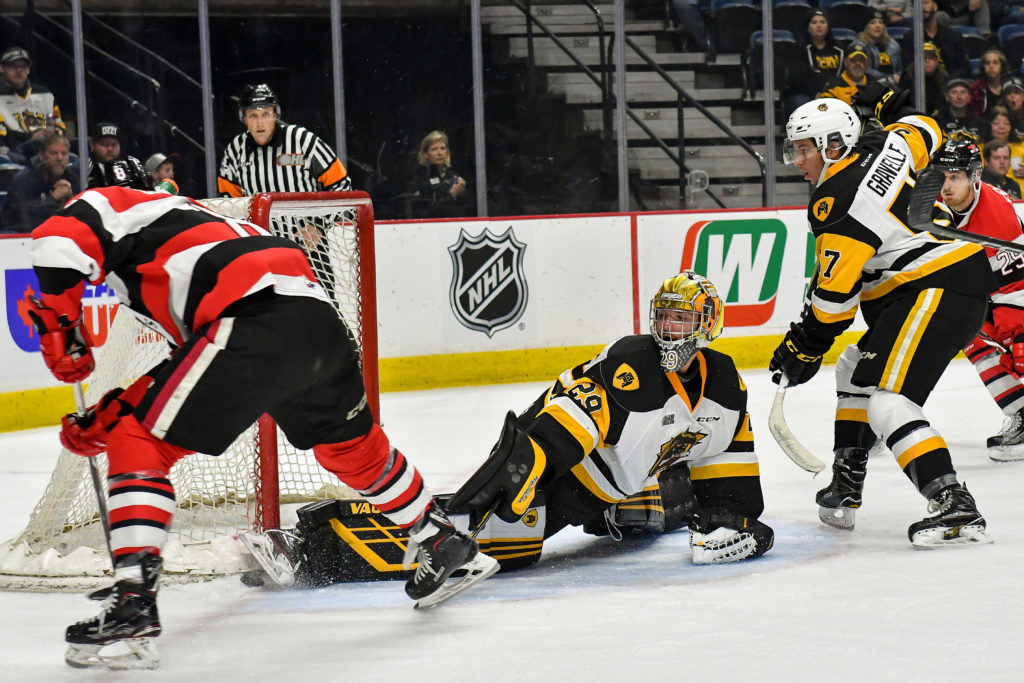 The Hamilton Bulldogs celebrated the 2017-2018 Championship season by raising East Division, Eastern Conference and Ontario Hockey Championship banners to the rafters at FirstOntario Centre Sunday afternoon. However, the Ottawa 67’s put a bit of a damper on the home opener by winning 4-3 in overtime.

Goalies Nick Donofrio of the Bulldogs and the 67’s Cedric Andree were both sharp in the 1st period with Ottawa scoring late to take a 1-0 lead.

Hamilton tied things up at 3-3 in the 3rd as Nicolas Mattinen (3) tipped one home on the power-play at 6:59 to send the game to over-time.

The 67’s didn’t take long to record the win as Tye Flehaber scored his second goal of the game just :09 seconds into the extra frame.

The Bulldogs are back on home ice at FirstOntario Centre twice next weekend as they host the Oshawa Generals on Friday October 5th at 7 pm and the Peterborough Petes on Saturday October 6th at 4 pm.