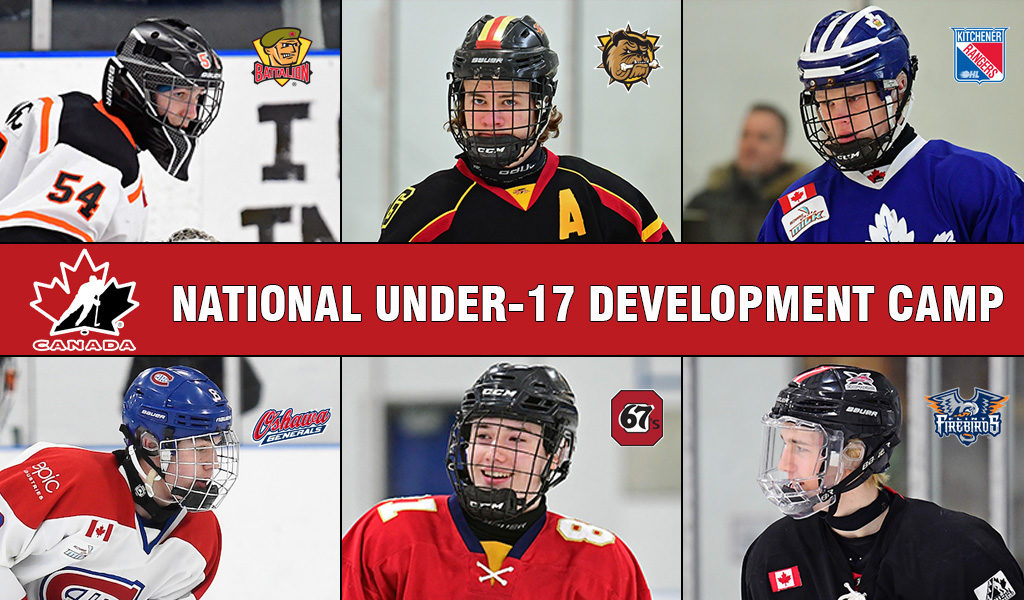 Canada’s National Under-17 Development Camp wrapped up in Calgary on Friday as a number of OHL prospects emerged as standouts on the scoresheet through a series of nine scrimmages at the Markin MacPhail Centre.

Team Green, Team Red, Team Blue and Team White all played to identical 2-1 records with Green and Red finishing tied for the best goal differential at +2. Team Black finished at 1-2 while Team Gold was the only team that failed to win a game, going 0-3.

A total of 55 OHL prospects attended the annual Under-17 Development Camp that began on Saturday and included on and off-ice training, fitness testing, classroom sessions, practices, and intrasquad games.

Here’s a complete look at the scrimmages throughout camp with link to the game summary for each game: