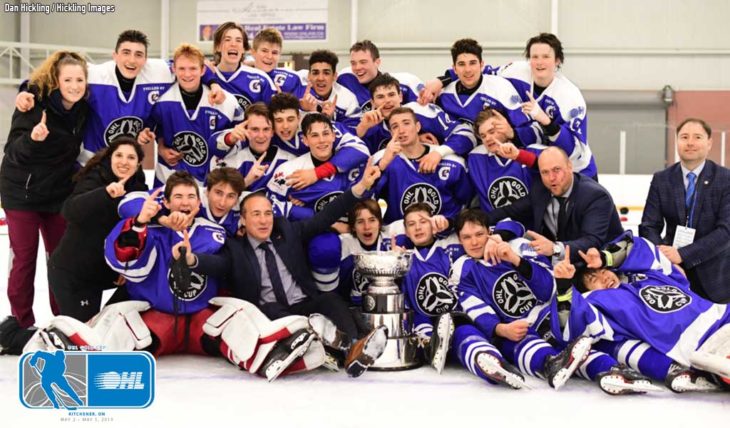 The OHL Gold Cup wrapped up Sunday in Kitchener.

The Bulldogs had eight prospects in the tournament, with five going for a medal on the final day.

In the Gold Medal game it was a battle of the Greater Toronto Hockey League as GTHL BLUE got by GTHL RED 5-4 thanks to a pair of 3rd period goals that erased a 4-3 deficit. Bulldogs prospect Owen Simpson (4th round 2019 pick) patrolled the defense for the winners picking up a gold medal. Fellow defenseman Chandler Romeo (3rd round 2019 pick) finished the tournament with three assists and a silver medal.

The ALLIANCE beat OMHA WHITE 8-2 in the Bronze Medal game. Bulldogs prospect Ray Hamlin (9th round 2019 pick) had two assists to help Alliance secure the bronze as he finished the tournament with three helpers.

Here is a final look at how the Bulldogs prospects did at the 2019 OHL Gold Cup:

A total of 128 players chosen in April’s OHL Priority Selection were representing their respective minor hockey associations in the annual showcase event.

The OHL Gold Cup is part of the Hockey Canada Program of Excellence, with select players from the OHL Gold Cup invited to attend the National Under-17 Selection Camp, where they will have a chance to compete with other top talent from across Canada, to earn a spot at the World Under-17 Hockey Challenge.

32 players from the 2018 OHL Gold Cup represented Hockey Canada at the World Under-17 Hockey Challenge in Saint John and Quispamsis, New Brunswick.