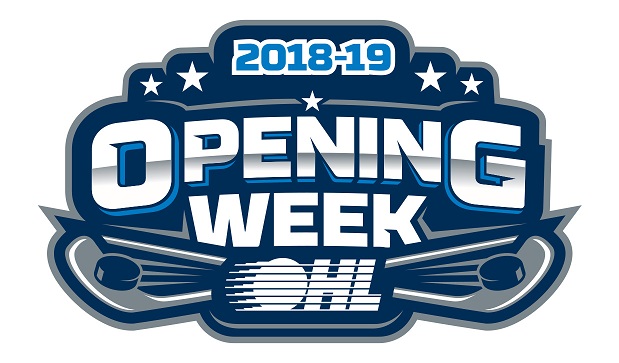 Just a little under four months after finishing play at the 100th Memorial Cup in Regina, the Hamilton Bulldogs are ready to begin defense of their Ontario Hockey League Championship this weekend with two games on the road.

The Bulldogs begin the 2018-19 regular season tonight in North Bay and then play Saturday night in Barrie.

It’s a different looking team to start the year compared with the squad that hoisted the J. Ross Robertson Cup back in May.  Gone are names like Lemcke, Fulcher, Caamano, Moore, Hanley, Walters and Stillman while new to the team include 1st round draft pick Logan Morrison, DJ King, Michael Renwick and Liam Stevens.

The Black and Gold got some good news this week when Matthew Strome (PHI), Brandon Saigeon (COL) and Mackenzie Entwistle (CHI) returned from NHL Training Camps while the team waits to find out if Robert Thomas (STL) will be returned to junior.

The Bulldogs went 0-3-0-1 during the pre-season, but a number of players looked like they were in mid-season form.  Arthur Kaliyev, coming off a 31-goal rookie campaign, led the team in scoring with 5-points (1 goal, 4 assists) in four games while Matthew Strome had 4-points (3 goals, 1 assist) in just two games. Newcomers Logan Morrison, Dylan D’Agostino and Liam Stevens also scored pre-season goals.

Nick Donofrio looks ready to take over the number one goaltending duties. The 18-year old is coming off a rookie season where he posted a 11-1-0-1 record.  Zachary Roy, a 2017 fourth round draft pick, will serve as the back-up.

The Bulldogs open the season in North Bay against a Battalion team that finished in 6th place in the Eastern Conference standings last season with a record of 30-28-7-3.  Leading the Troops will be 39-goal scorer Justin Brazeau, who was just named captain, along with Matthew Struthers, who was almost a point-a-game player after a mid-season trade from Owen Sound.

Saturday night it’s off to Barrie to face the defending Central Division Champion Colts. Gone are snipers Andrei Svechnikov, Aaron Luchuk and Dimitry Sokolov. The Colts opened their season Thursday night with a convincing 9-2 win over Owen Sound. Potential 1st round NHL pick in 2019 Ryan Suzuki had a goal and two assists while two CHL Import Picks made successful OHL debuts. Matej Pekar had two goals and an assist and goalie Maksim Zhukov made 33 saves for the win.