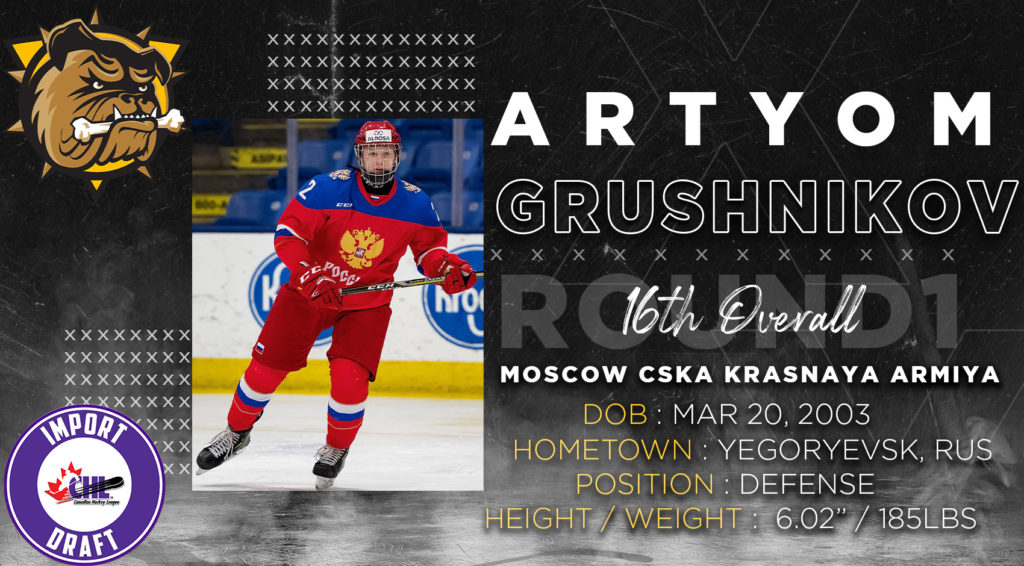 HAMILTON, ONTARIO. With the 16th overall selection in the 2020 CHL Import Draft the Hamilton Bulldogs have selected defenseman Artyom Grushnikov from CSKA Moscow Krasnaya Armiya in the MHL, the top junior league in Russia.

Internationally, Grushnikov has excelled appearing at the U16, U17 & U18 levels for his native Russia including a triple gold 2019 winning the U17 World Hockey Championship, Hlinka-Gretzky Cup and World Junior A Challenge proving to be a key contributor at each.