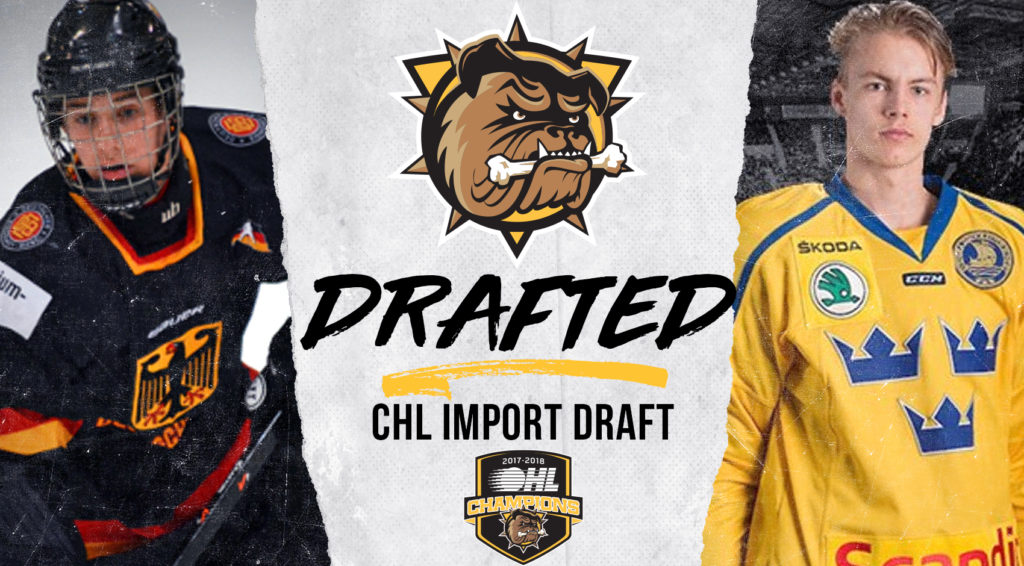 With the 54th pick in the 1st round the Bulldogs picked defenseman Philip Broberg from Sweden. The 17-year old from Orebro, SWE played 23 games for AIK J20 this season recording 13-points including 6-goals. Broberg is 6’3” and 198-pounds and represented Sweden at the 2017 World Under 17 Hockey Challenge.

Both Broberg and Fleischer are eligible for the 2019 NHL Entry Draft.