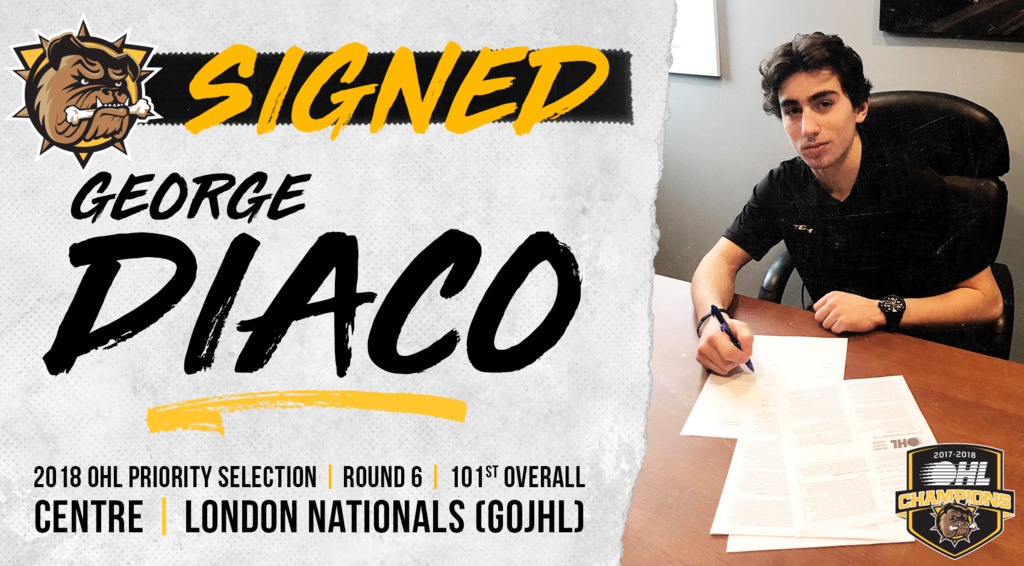 Diaco was the Bulldogs 6th round pick (101st overall) in the 2018 OHL Priority Selection from the London Jr. Knights Minor Midgets.

“We are excited to have signed George to a standard player agreement. He has worked extremely hard to get himself to this point and our staff has been impressed with his performance in London this season”, said Staios. “Our fans will enjoy watching George continue his development in Hamilton over the next number of seasons.”

Diaco is currently playing with the London Nationals of the GOJHL where he has recorded 35 points (13 goals and 22 assists) in 40 games which leads the way among all U17 aged skaters.

After the London native was drafted by the Bulldogs last Spring, he went on to play in the 2018 OHL Gold Cup in May and then in July took part in Hockey Canada’s National Men’s Summer Under 17 Development Camp in Calgary.