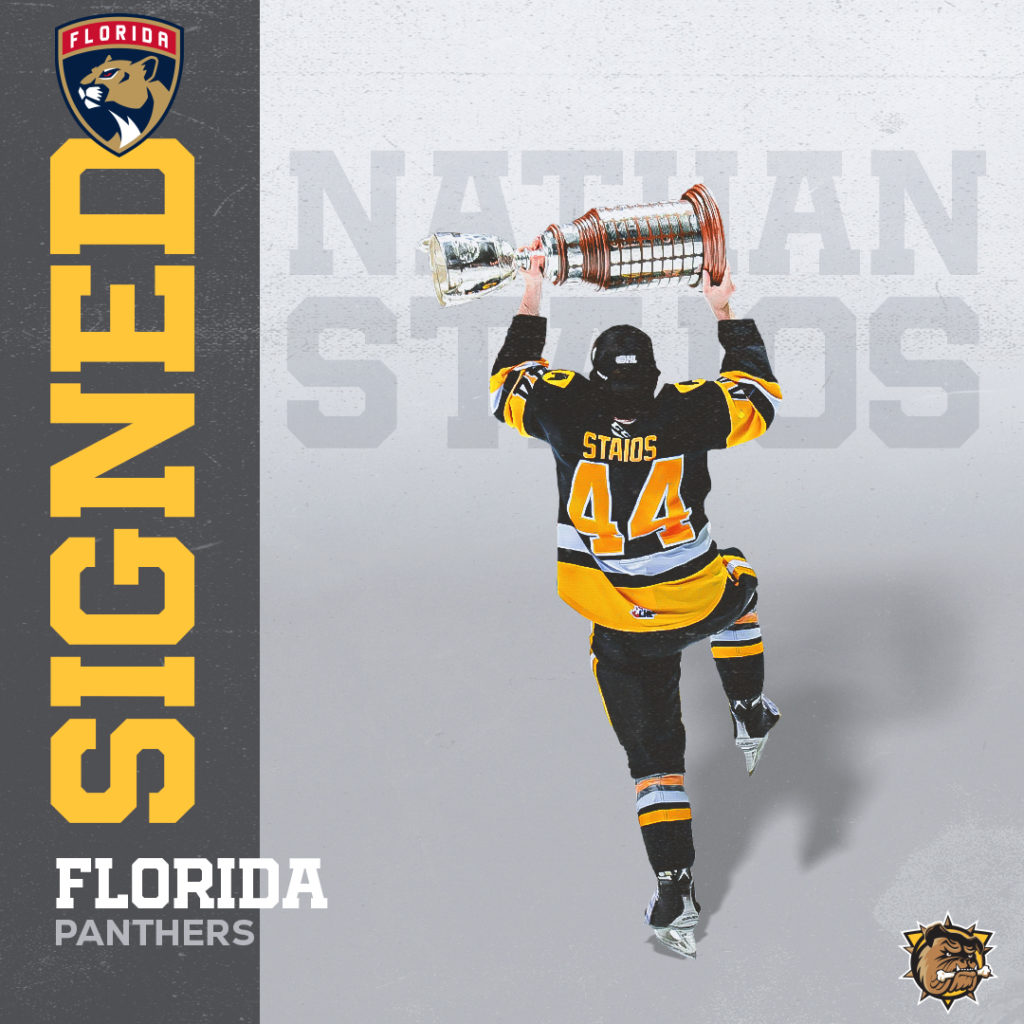 “Nathan is a highly skilled defenseman who possesses an excellent playmaking ability,” said Zito. “This past season, he established himself as one of the best defenders in junior hockey and we are excited that he will continue his career within our organization.”

Staios, 21, skated in 59 Ontario Hockey League (OHL) games with the Hamilton Bulldogs in 2021-22, setting a club record and leading all OHL defensemen with 66 points (15-51-66). Following the regular season, Staios was named the CHL Defenseman of the Year and earned the Max Kaminsky Trophy as the OHL’s Most Outstanding Defenseman. In the 2021-22 postseason, Staios recorded nine points (3-6-9) over 13 games, helping Hamilton capture the OHL championship.

Undrafted, Staios also appeared in six American Hockey League (AHL) games with the Utica Comets and nine games with Huddinge IK of HockeyEttan in Sweden during the 2020-21 season.

We have agreed to terms with defenseman Nathan Staios on a three-year, entry-level contract!