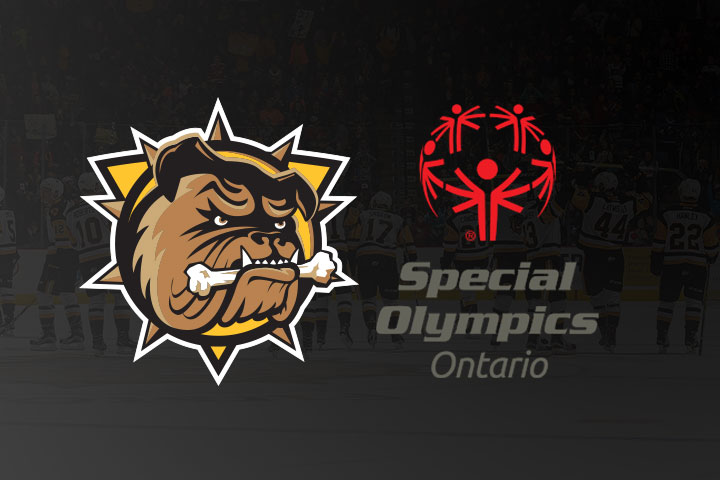 The Hamilton Bulldogs are again showing their support for Special Olympics Ontario.

At Saturday night’s game against the Oshawa Generals at FirstOntario Centre, Special Olympics Ontario will be the title sponsor and will have an information booth set up in the concourse with Special Olympic athletes taking part in the ceremonial puck drop.

The man that carried out the all-important medical research that resulted in the founding and funding of Special Olympics is Ontario born Dr. Frank Hayden, who is now in his late 80’s but still going strong and remains as active as ever promoting Special Olympics.

Listen as Special Olympic Ontario President and CEO Glenn MacDonell talks with the voice of the Bulldogs Stew Kernan on Tuesday’s edition of Bulldogs This Week on TSN 1150 Hamilton.