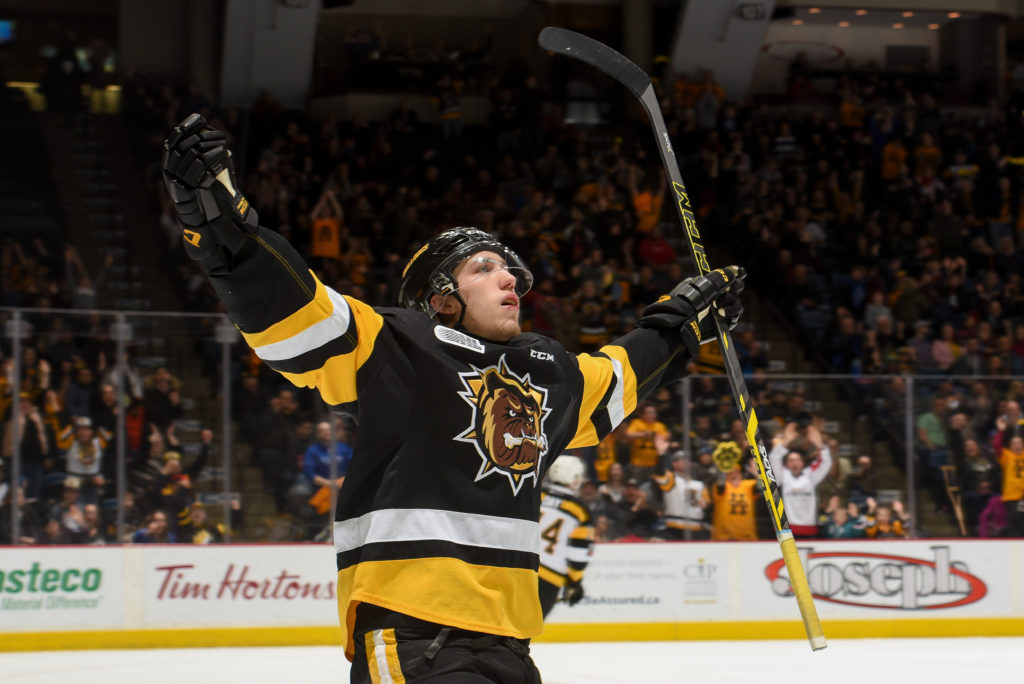 The Hamilton Bulldogs followed up a 6-2 win in Game 1 with an even more impressive 7-1 win over the Kingston Frontenacs Friday night at FirstOntario Centre to take a 2-0 lead in the Eastern Conference Championship Series.

After pumping six goals on 22-shots by Frontenacs goalie Jeremy Helvig in Game 1, the Bulldogs came out on fire and scored five goals on 14-shots on Helvig in the 1st period to take a 5-0 lead. There were five different goal scores for Hamilton including Nicholas Caamano (6), who extended his playoff point streak to 12-straight games. Also getting in on the scoring were Brandon Saigeon (11), Will Bitten (3), who scored on a short-handed breakaway, Robert Thomas (7) and Ryan Moore (7).

Kingston got the only goal of the 2nd period to cut the Bulldogs lead to 5-1.

The series now shifts to Kingston for Game 3 Sunday at 6 pm with Game 4 Tuesday April 24th at 7 pm.  If necessary Game 5 would be back in Hamilton on Thursday April 26th at 7 pm.