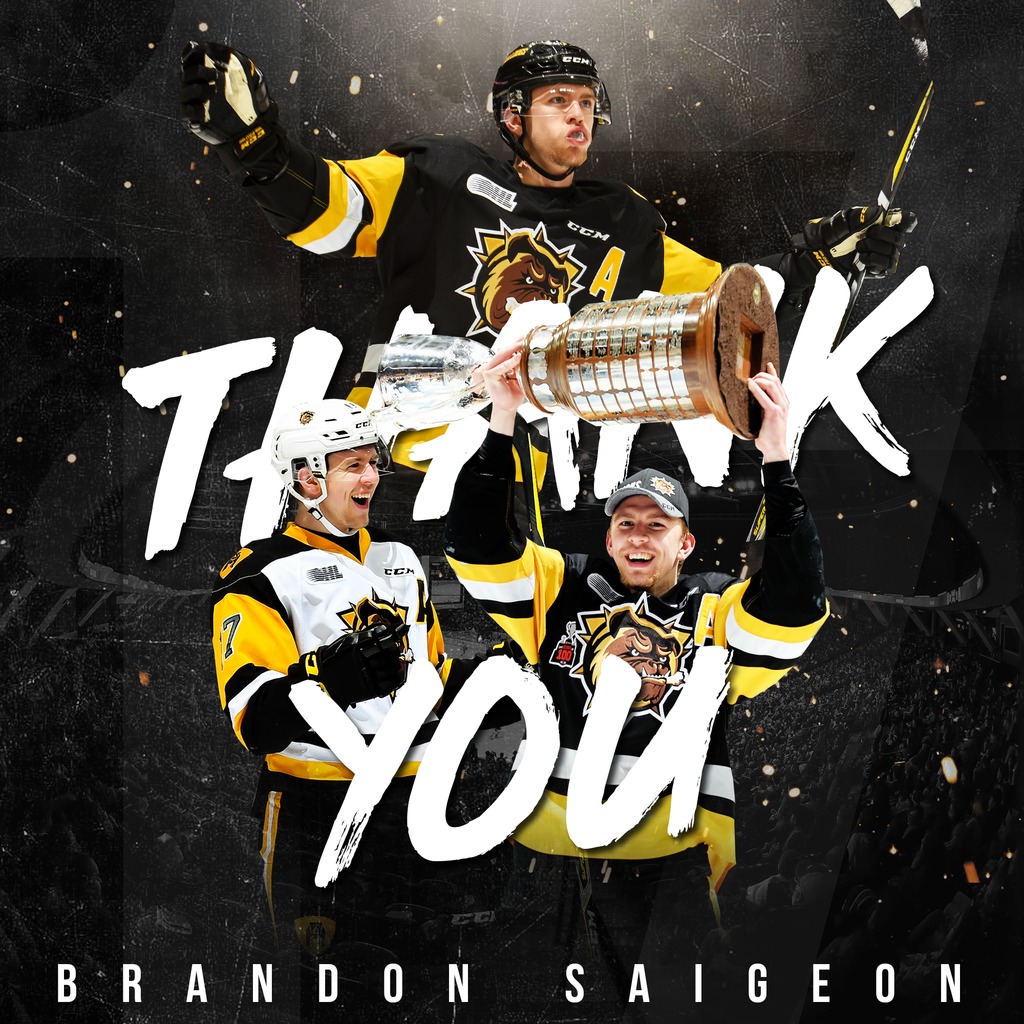 After an outstanding career in the Black and Gold, Brandon Saigeon has been traded to the Oshawa Generals.

The Grimsby native was a 1st round pick (4th overall) by the Belleville Bulls in the 2014 OHL Priority Selection and made the move with the team to Hamilton for the 2015-2016 season.

“It is difficult to express what Brandon Saigeon has meant to the Hamilton Bulldogs organization,” said Bulldogs President and General Manager Steve Staios. “The impact he has made both on and off the ice has left a lasting impression with our fan base and community. From scoring 18 playoff goals on route to winning an OHL Championship to being our lead as part of the ‘Be More Than a Bystander Program’, Brandon has gone above and beyond. He has an extremely bright future and we wish him all the best in Oshawa”

Saigeon was a huge part of the Bulldogs 2018 OHL Championship team with 18 goals and 7 assists in 21 playoff games while adding 4 assists in four games at the Memorial Cup in Regina.

Despite being overlooked in his first two years of eligibility, Saigeon was selected by the Colorado Avalanche in 5th round (140th overall) of the 2018 NHL Draft.