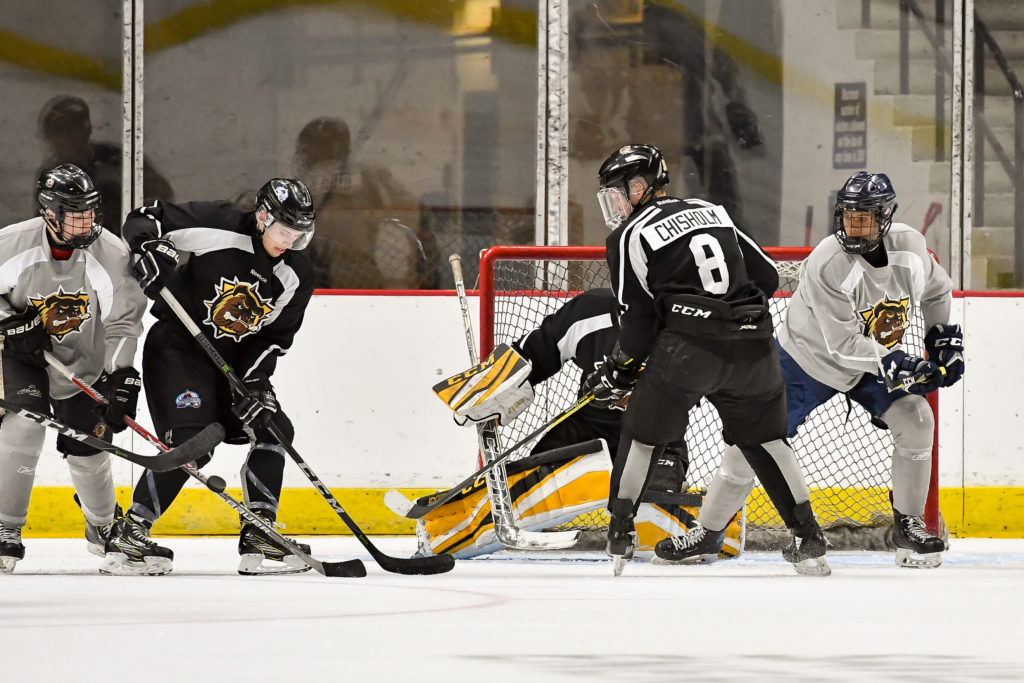 In the morning, Zachary Jackson, entering his third year with the Bulldogs, scored twice to lead Team Black to a 5-2 win over Team Grey. Of note, 1st round draft pick Logan Morrison had a goal and an assist for Team Grey.

Morrison stepped up his game in the afternoon scrimmage netting a hat-trick in regulation time and then adding one in the shoot-out as Team Grey beat Team White 6-5. Returning forward Ben Garagan was on his game scoring twice for Team White.

Training camp wraps up at FirstOntario Centre with the Black and Gold game Thursday morning at 10:30. The Bulldogs then open the pre-season on Friday at the 4-team OHL Showcase to be held at Harborcenter in Buffalo, NY. along with the Erie Otters, Flint Firebirds and Windsor Spitfires.