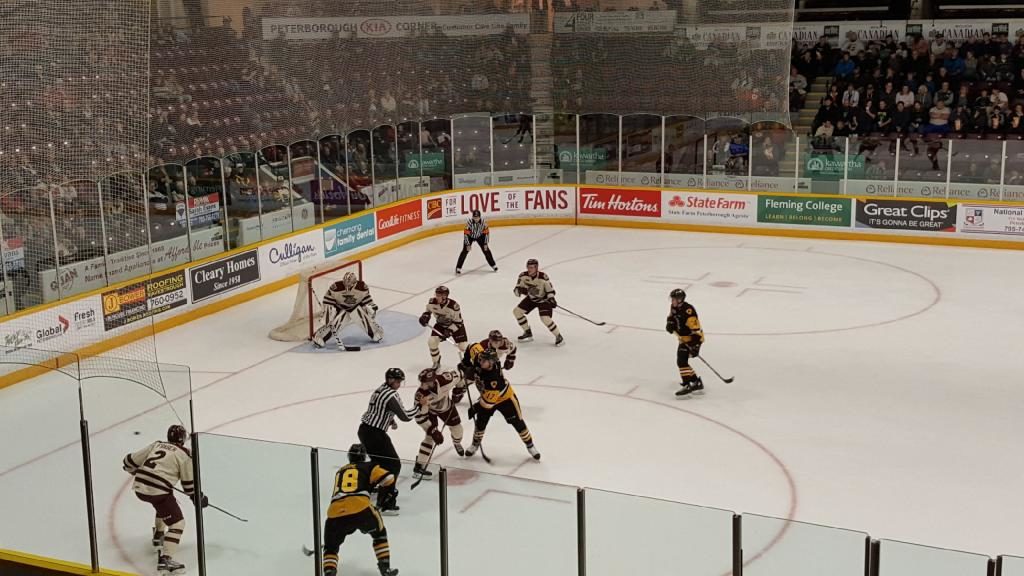 The Hamilton Bulldogs offense was firing on all cylinders Saturday night as they pounded the Petes in Peterbrough 7-1.

It was 3-0 for Hamilton after the 1st period as Tim Fleischer scored his first OHL goal followed by Matthew Strome (1) and Arthur Kaliyev (3) who connected on a penalty shot in the final minute.

Much the same in the 2nd as the Black and Gold scored three more as Liam Stevens (1), Isaac Nurse (2) and the second of the night from Kaliyev (4) made it 6-0 after forty minutes.

Each team scored once in the 3rd as Cameron Butler spoiled the shut-out bid of Bulldogs goalie Nick Donofrio while Liam Stevens (2) finished the scoring with his second goal of the game to make the final 7-1.

Kaliyev finished the night with two goals and two assists while Waterdown’s Liam Stevens got his first two goals as a Bulldog.

Hamilton’s power-play went 1-for-8 while the Petes were 1-for-6.

The Bulldogs are back in action Sunday afternoon at 2 pm as they play their home opener and raise the Championship Banners at FirstOntario Centre.