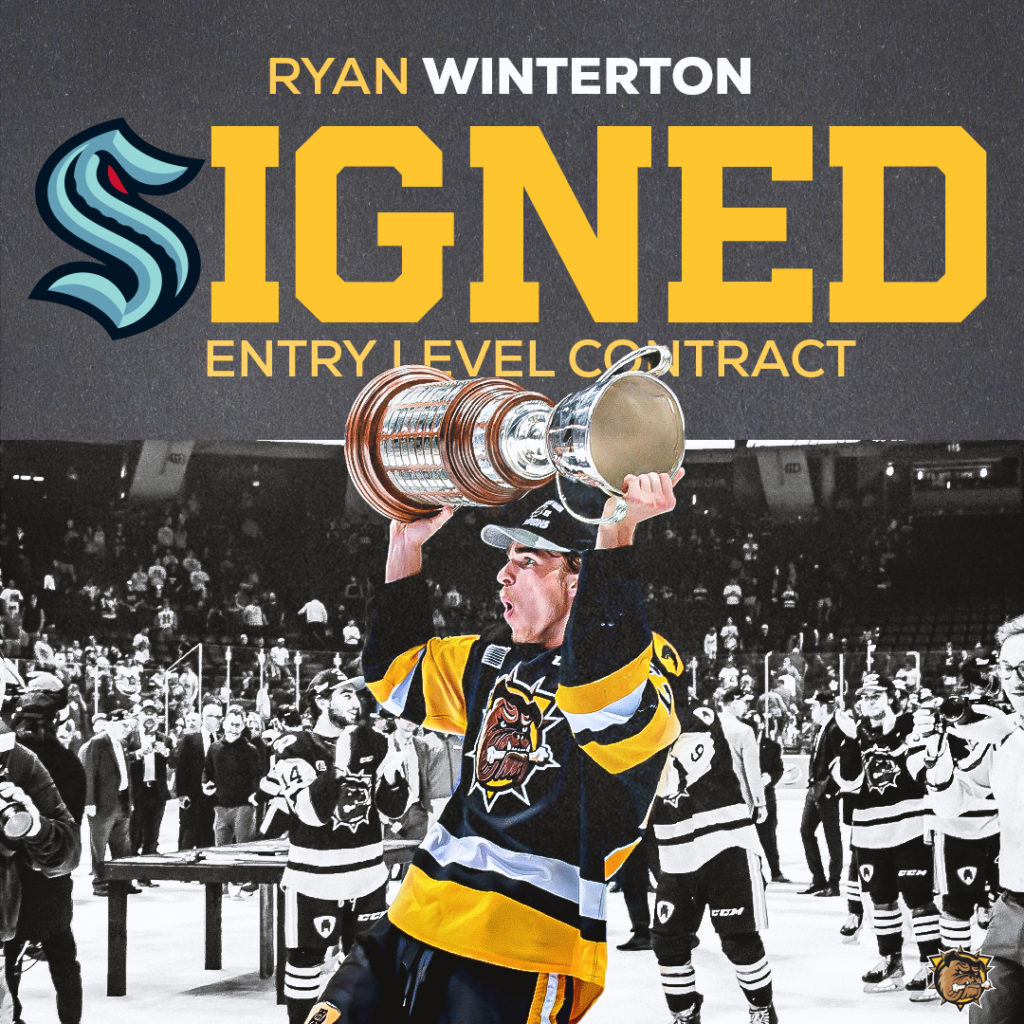 Selected in the third round (67th overall) of the 2021 NHL Draft, Winterton produced 20 goals, 26 assists and 46 points in an injury shortened 37-game regular season in Hamilton. The Whitby, Ont. native helped the Bulldogs win an OHL championship, recording 19 points (7-12–19) in 18 playoff outings.

Winterton missed his 2020-2021 juniors season when the Ontario Hockey League canceled the entire year of play. But his play with Team Canada in the U18 World Championships impressed Kraken scouts, who now look like they got a “steal” drafting Winterton in the third round last summer.

But Winterton’s 2021-22 hit another speed bump. He injured his shoulder at his OHL Hamilton’s preseason camp (falling awkwardly into the boards). He traveled to Seattle for the Kraken’s inaugural training camp but didn’t suit up.

The early prognosis on the shoulder was a month’s recovery. It stretched into five months, but Winterton used the time to get stronger with a workout program supervised by Kraken sports performance consultant and former NHLer Gary Roberts.

Winterton says the additional strength and muscle was “no doubt” a big plus for his return to the Hamilton lineup, where he averaged two points per game for about month and finished the regular season at about 1.25 points per game average. He was even more efficient during Hamilton’s postseason run, which took them to the championship game at the Memorial Cup, falling just short of elite junior Canadian hockey’s coveted trophy.

The disappointment of losing the championship game might sting for a bit longer, but signing an NHL entry-level contract Wednesday, and realizing he is valued by Seattle’s front office, is the best elixir for hockey dreams.

The #SeaKraken have signed forward Ryan Winterton to an entry-level contract. pic.twitter.com/2neEAP9ohy