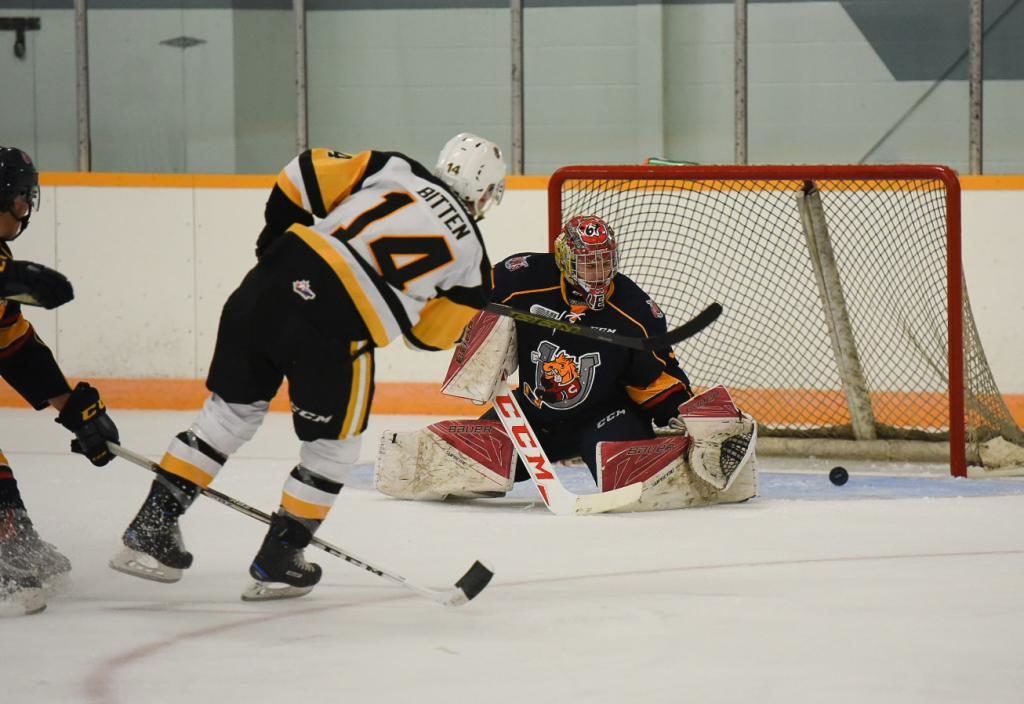 The Hamilton Bulldogs finished off the pre-season with a home-and-home series against the Barrie Colts on the weekend.

Saturday night at the Barrie Molson Centre, the Bulldogs won 3-2 in a shoot-out. Hamilton came from behind to send the game into extra time as Connor McMichael scored with less than four minutes left in the third period to tie the game 2-2. Matthew Strome got the Bulldogs first goal of the night in the 2nd period.  In the shoot-out, Bulldogs goalie Nick Donofrio stopped all three Colts shooters while Will Bitten scored to win it for Hamilton.

The two teams then hooked-up for the re-match Sunday at the Valley Park Arena in Stoney Creek. The Bulldogs ran into penalty trouble and the Colts took advantage scoring four power-play goals on the way to a 6-3 win. Hamilton got goals from Arthur Kaliyev, Will Bitten and Jack Hanley.

For information on seasons tickets and single game tickets call 905-529-8500 or go to www.hamiltonbulldogs.com