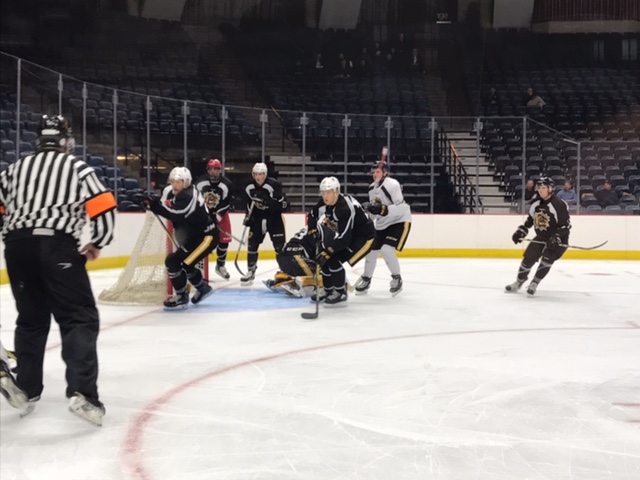 The Bulldogs wrapped up Training Camp with the annual Black and Gold game Thursday morning at FirstOntario Centre.

After showing off lots of offensive skills during scrimmages on Wednesday, the two teams settled in to a fast paced, highly skilled 60 minutes with Team White coming out on top 3-2.

Team White led 2-0 after the first on goals from Connor Walters and Connor McMichael.

Matthew Strome continued his hot Training Camp with a power-play goal in the second for Team Black to cut the lead to 2-1 only to see high-flying rookie Arthur Kaliyev score with the man advantage to give Team White a 3-1 lead after 40 minutes.

Reilly Webb found the back of the net mid-way through the third period for Team Black to cut the lead to 3-2, but Team White weathered the onslaught and held on for the win.

Kaden Fulcher and Cole Ceci shared the net for Team Black while Kyle Renaud, Nick Donofrio and Tanner Sheppard all saw time in the crease for Team White.

The 2017-18 OHL regular season opens for the Bulldogs on Saturday September 23rd when they host the Niagara IceDogs at FirstOntario Centre at 7 pm.