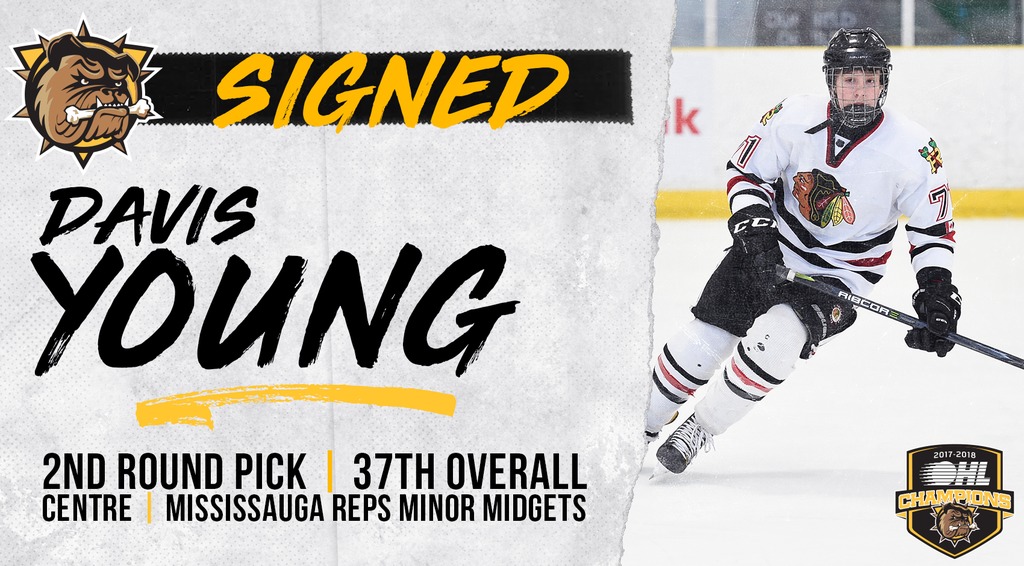 Hamilton Bulldogs President and General Manager Steve Staios has announced that Davis Young, has agreed to an Ontario Hockey League standard player agreement with the club.

Young was selected with the 37th overall pick in the 2018 OHL Priority Selection, the Bulldogs second pick in the 2nd round.

Young, a 5’10, 175 lbs center had 42-points (13-29) in 33 games this past season while playing for the Mississauga Reps Minor Midgets in the Greater Toronto Hockey League.

Staios says they’re thrilled to have received a commitment from Young.  “Davis is a great offensive play-making center with a high hockey IQ.” said Staios. “He distributes the puck well and always puts himself in a good scoring position.”