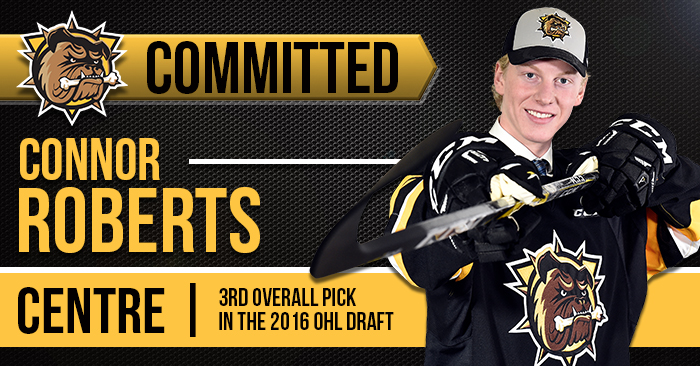 “We are thrilled to announce Connor has committed to the Hamilton Bulldogs organization,” said Staios. “Connor is a big strong forward that adds a unique element to our team. His skill set on the ice and character off the ice will play an integral part in our organization’s future.”

Hamilton will open its 2nd season in the Ontario Hockey League Friday, September 23 when they visit the Mississauga Steelheads. The Bulldogs home opener is slated for Saturday, September 24 as Hamilton takes on the Kingston Frontenacs at the FirstOntario Centre.