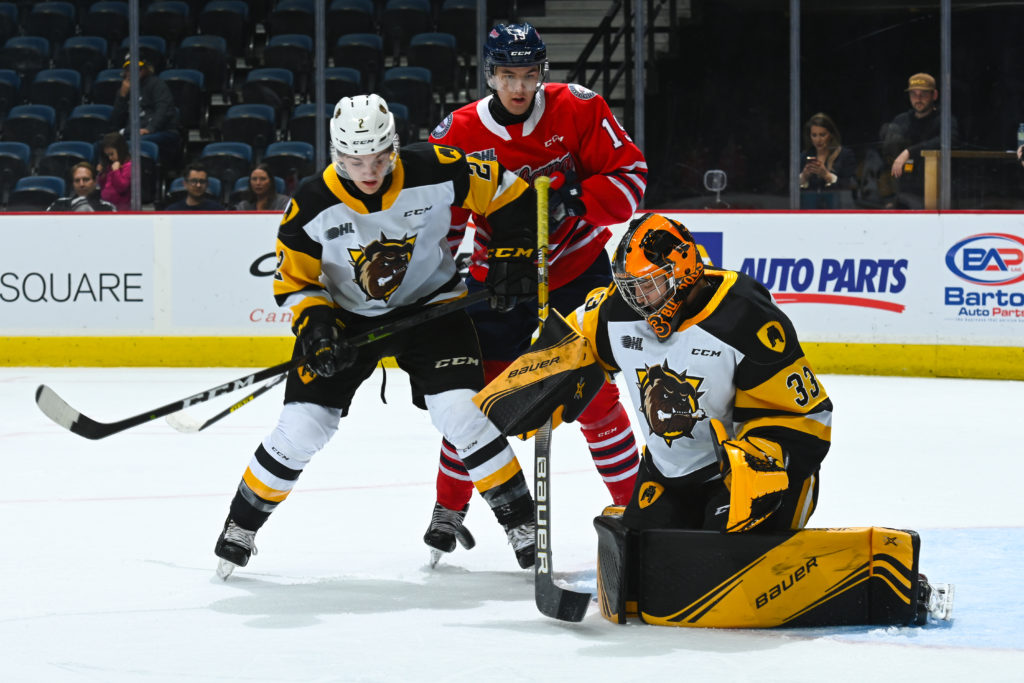 HAMILTON, ONTARIO. The Hamilton Bulldogs showed effort and promise through two periods but a veteran Oshawa Generals team put the pedal to the metal in the third scoring four unanswered goals to propel to a 6-3 victory.

The Hamilton Bulldogs went stride for stride with the unbeaten Oshawa Generals for 40 minutes before the Generals were able to pull away but showed significant progress even in the loss. The Bulldogs opened the game with back to back penalties and scoring would open on the latter as Allan McShane & Brett Neumann would combine to find a wide open Tyler Tulio on a tremendous passing play to put Oshawa up 1-0 at 4:12. The Bulldogs would respond with back to back power-play goals, first, Jan Jenik & Arthur Kaliyev would work the puck to the right side before finding Logan Morrison alone on the left to tie the game 1-1 at 8:56. That would be followed by the same trio connecting again, this time Morrison feeding Jenik for a cross-ice pass to a Kaliyev one-timer giving the Bulldogs a 2-1 lead that they would take to the locker room.

The second period would open with Marco Costantini showing his skills, first robbing Allan McShane on a shorthanded breakaway before coming up big on Serron Noel and then robbing Jacob Winterton on a breakaway of his own. Just as it looked as if the Bulldogs would retain their 2-1 to the second intermission, Serron Noel would stride down the right wing, taking a shot that deflected off Michael Renwick’s stick and fluttered end over end into the Bulldogs goal with just 1:25 left in the period, tying the game.

Ryan Winterton wouldn’t leave the game tied long, just 1:16 into the third, off an individual rush from Kade Landry, Winterton would station in front of Zachary Paputsakis’ goal giving the Bulldogs a 3-2 lead. The Generals would then begin their press and score four unanswered, first Tye McSorley off a Brett Neumann rush equalized the game at 4:13 of the third, his 1st OHL goal, followed by William Ennis scoring off a rush down the left wing boards at 6:40 to give the Generals the lead, then Tyler Tulio would pot his second of the game at 12:48 before Danil Antropov finished the scoring at 16:06 giving the Generals their 6th straight win to open the season.

The Hamilton Bulldogs return to action tomorrow afternoon at 2pm at the First Ontario Centre when they host Shane Wright and the Kingston Frontenacs.