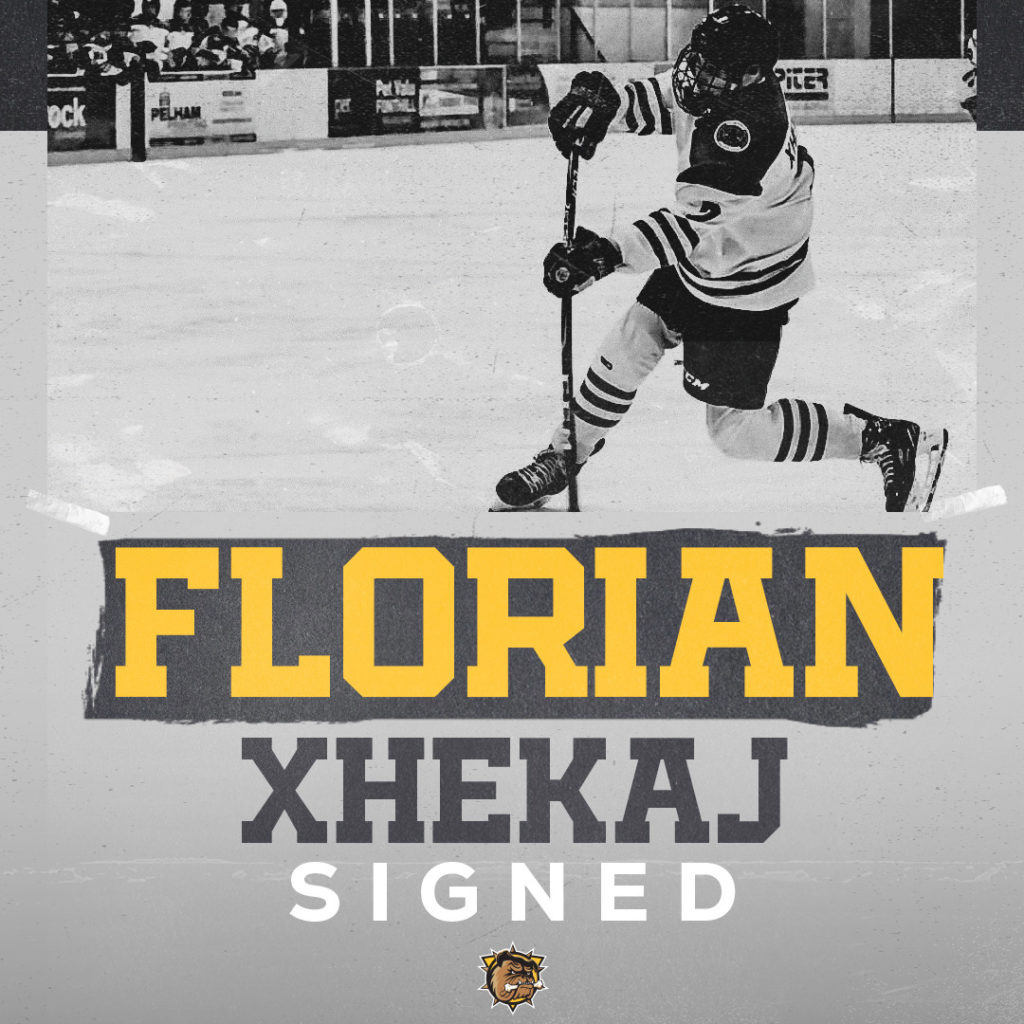 Xhekaj, a Hamilton, ON native, follows in the footsteps of his older brother & Hamilton Bulldogs 2022 OHL Champion Arber Xhekaj, in signing in the Ontario Hockey League after going undrafted. Florian, a 6’2” 185lbs power forward, stepped into the junior level in the 2021-22 season and excelled with the Pelham Panthers of the GOJHL, leading the team in scoring as a rookie with 17 goals & 23 assists for 40 points in 48 games, adding another pair of points in 3 playoff games.

“We are excited to sign Florian Xhekaj to the Hamilton Bulldogs.” said Bulldogs President & General Manager Steve Staios. “Florian brings the same incredible work ethic, drive and compete that our fans appreciated so much from his older brother. Florian brings a diverse skill set to our team as a powerful forward that can both score and distribute, driving offense and will carry the pride of what it means to be a Hamilton Bulldog”.