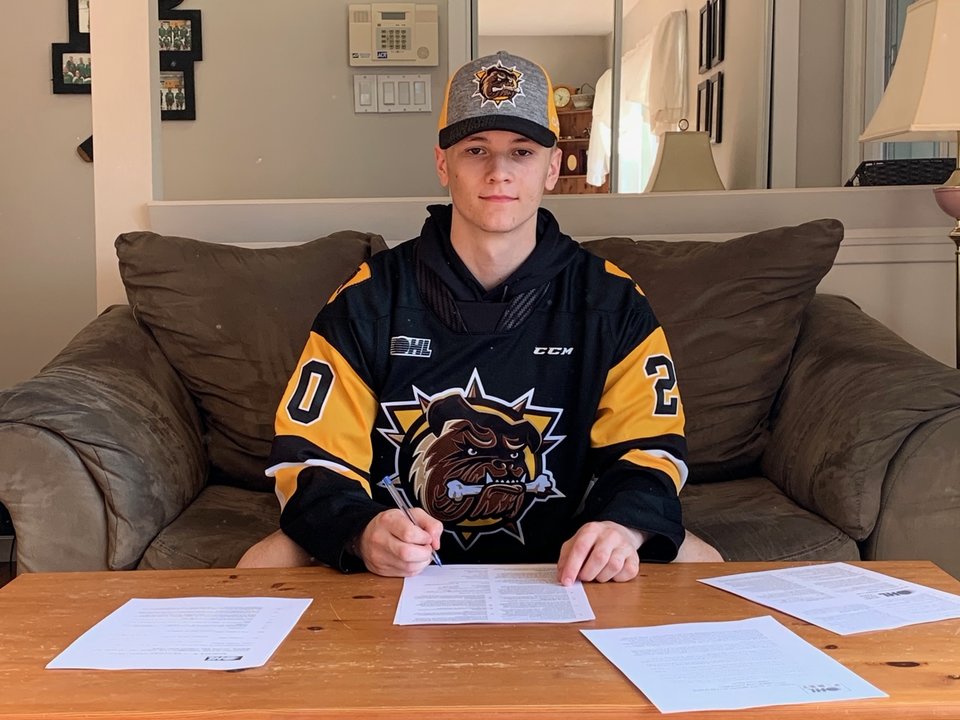 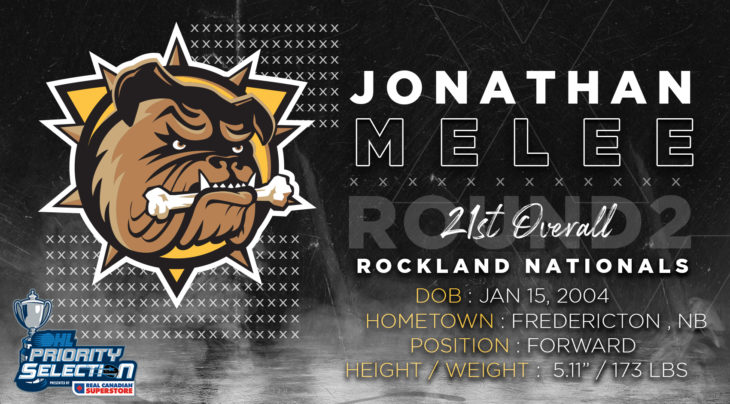 Drafted in the 2nd round (21st overall) in the 2020 OHL Priority Selection Draft, Melee skated in 31 regular season games with the Rockland Nationals (HEOMAAA) this past season collecting 37 points (nine goals, 28 assists). His 1.19 points-per-game ranked third in the league among 2004-born skaters. Melee also had the opportunity to skate in three CCHL games with Rockland during which he added one assist. Earlier this season, Melee was named one of three finalists for the HEOMAAA Prospect of the Year, an award that Bulldogs 1st round pick Jorian Donovan ended up winning.

“We are excited to officially welcome Jonathan to the Hamilton Bulldogs,” added President & General Manager, Steve Staios. “Jonathan was a player that our scouts were continuously excited about throughout the course of the season. His blend of skill and competitiveness allow for great potential. I’m confident our fans will enjoy watching Jonathan’s growth here in Hamilton.”