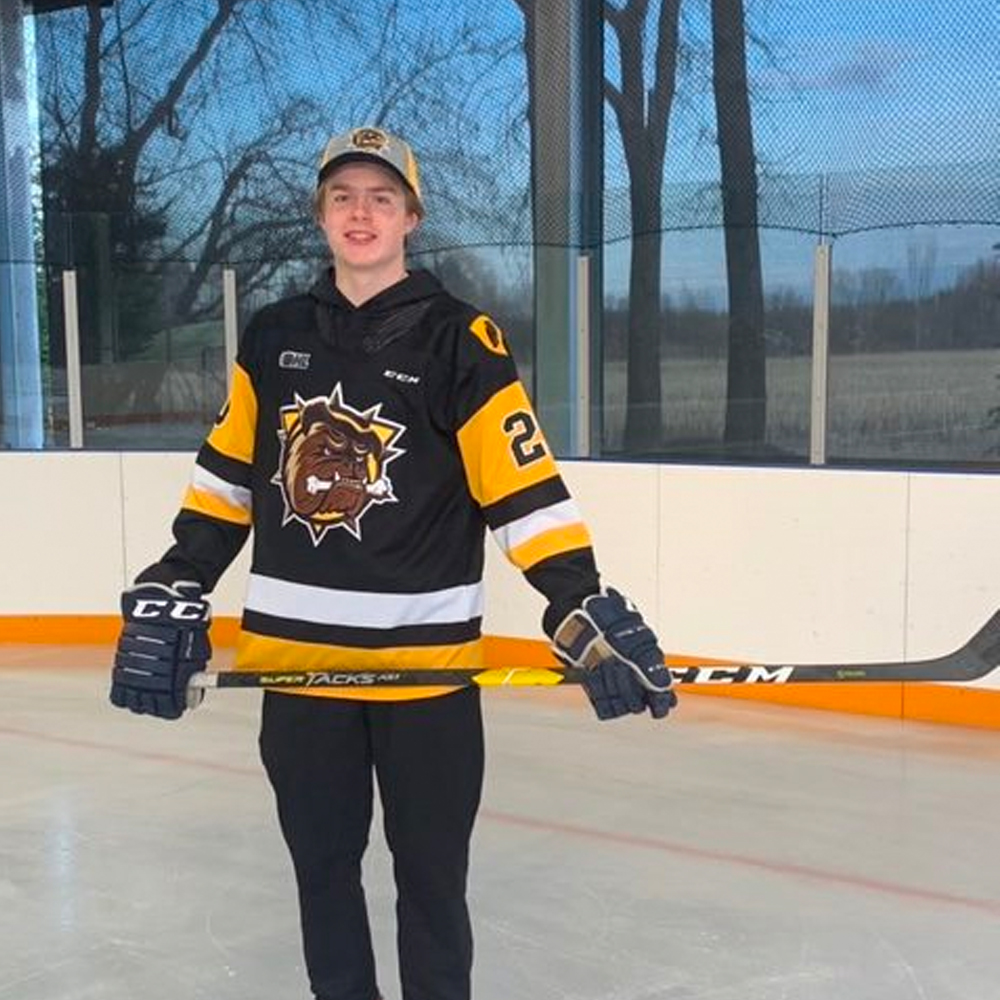 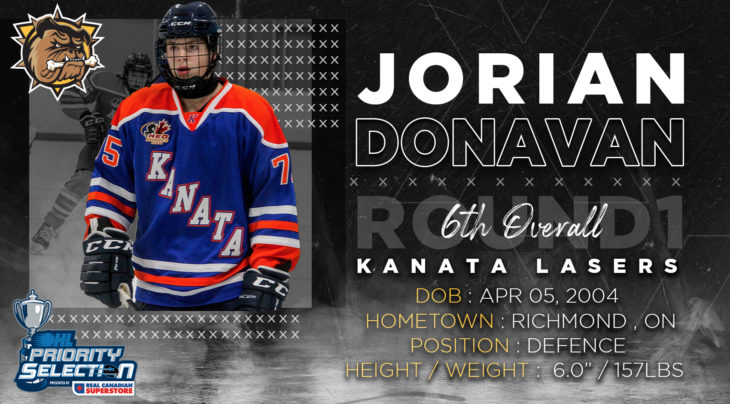 Donovan, a native of Richmond, ON, was selected in the first round (sixth overall) by the Bulldogs in the 2020 OHL Priority Selection. He skated in 38 regular season games with the Kanata Lasers (HEOMAAA) this past season collecting 27 points (eight goals, 19 assists). His 0.71 points-per-game ranked first among rookie defenceman in the HEOMAAA. He also registered five points (two goals, three assists) in four playoff games. At the conclusion of the season, Donovan was selected as the HEO’s 2019-20 Prospect of the Year.

“We are excited to have officially signed Jorian to a Standard Players Agreement,” added Bulldogs President & General Manager, Steve Staios. “Jorian was a player we watched very closely and had a great deal of interest in throughout the course of the 2019-20 season. He has an extremely bright future and our fans should be eager to watch him continue his development here in Hamilton.”